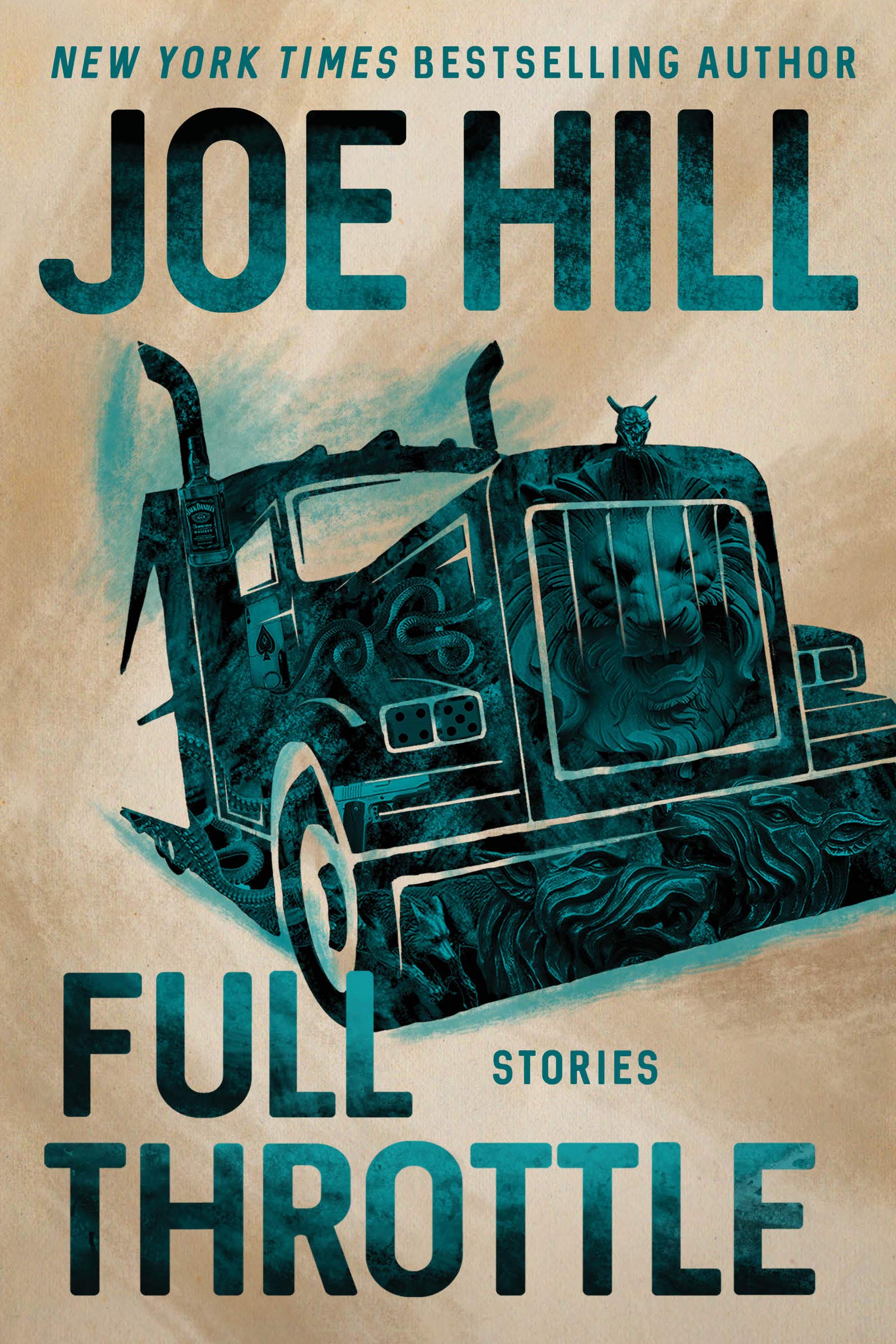 The thirteen tales range from dark fantasy to horror to sci-fi, but they all share the same relentless drive and sense of momentum that Hill has become known for. The book opens with a lengthy introduction, which reads more like a chat with really interesting friend. Hill relates several anecdotes about his career, childhood, and growing up as Stephen King's son, including one story that he means to be funny, but is actually quite alarming. (The story involves King driving his young son around while drinking beer and throwing the cans out the window.) Hill also include story notes at the end of the book, which range in length from one sentence to a few pages apiece. The stories themselves vary in quality, with the worst of the bunch opening the collection.

THROTTLE is a collaboration between Hill and Stephen King (One of two in the book), and is the weakest story in the collection. Originally published in a Richard Matheson tribute anthology, THROTTLE is a tribute to Matheson's DUEL, with a vengeful trucker stalking a motorcycle club along a desolate stretch of desert highway. The characters are all despicable and interchangeable, and if you've seen/read DUEL, there's nothing new to see here.

DARK CAROUSEL and LATE RETURNS are Hill channeling his famous father, which he does perfectly. Both are pure Stephen King; DARK CAROUSEL tells a pitch-black tale of supernatural vengeance that could have been penned by King early in his career, while LATE RETURNS is a gentle remembrance of the ghosts of the past, which is reminiscent of King's more recent output.

THE DEVIL ON THE STAIRCASE and TWITTERING FROM THE CIRCUS OF THE DEAD both play with form as they tell their tales. DEVIL is formatted in such a way that the sentences and paragraphs resemble ascending and descending staircases, while TWITTERING is told entirely in a teenaged girl's tweets, as she slowly realizes the the out-of-the-way circus that her family stumbled upon may have more going on than meets the eye.

FAUN and BY THE SILVER WATERS OF LAKE CHAMPLAIN both have their literary roots in other authors. BY THE SLIVER WATERS... was originally published in a Ray Bradbury tribute anthology, and is a beautiful tribute to the legendary author. Hill tells a wonderfully understated story about two children who stumble upon the corpse of a lake monster, and debate what to do with it. Bradbury would have been proud. FAUN is a spin on C.S. Lewis' NARNIA books, and features a millionaire who leads rich hunters into an enchanted wonderland to hunt mythical beasts. FAUN is the most frustrating story in the book. While almost every story is outstanding, this is the one that I most wanted to continue.....If Mr. Hill were to expand this into a novel, or sequelize it, I would not object in the least.

THIUMBPRINT and MUMS both have a militaristic bent to them: THUMBPRINT follows a disgraced vet who comes home from the desert to find herself stalked by a mysterious person sho is leaving papers with thumbprints on them in and around her home, and MUMS follows a young boy whose father is planning an act of domestic terrorism.

WOLVERTON STATION is  a whimsically dark story that evokes echoes of English folk horror, while ALL I CARE ABOUT IS YOU ventures into futuristic sci-fi, as a young girl, depressed about how her family's recent financial downturns will effect her birthday, finds solace in the company of a robotic friend-for-hire.

The book includes a second Hill/King collaboration, IN THE TALL GRASS,  another story that has the King family DNA written all over it. If the story is a little too derivative of Scott Smith's THE RUINS, well.....at least it is a well-told, riveting derivation. Another story that ended with me wanting more.

Hill closes out the collection with YOU ARE RELEASED, which really hit me hard. The story follows a plane full of people who discover that World War III may have broken out while the were airborne. He doesn't take up a lot of space with this tale, but he manages to create a plane full of real people, and avoids the easy stereotypes. Closing the book with this story really gave me a lot to think about. (This book also includes the literary equivalent of a motion picture after-credits scene, so stay tuned.)

Hill writes a great novel, but his short stories are where he really excels. In his introduction, Hill surmises that he probably has another few dozen short stories in him before he calls it a day.....I hope it turns out to be a lot more than that.

Posted by The Crabby Reviewer at 1:39 PM