First off, a free tip for DC Comics: If you have a trade paperback that isn't continuing from where the last volume left off, such as this one, maybe add a recap page or something to steer readers to where the missing issues can be found, and what happened in them. (The awful JUSTICE LEAGUE/SUICIDE SQUAD crossover is where the missing issues can be found, in case you care.) You'll keep your audience happy and clued in, and you might just sell a few extra copies of your hideous, pointless, unreadable crossover collection.

Now that that's out of the way, I have good news and bad news. 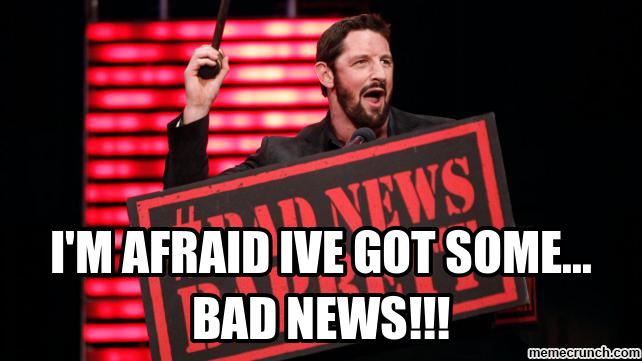 Rob Williams is still writing the book, so it remains as pointless, loud, and retarded as the first two volumes. (And the crossover.)

The good news: In addition to SUICIDE SQUAD #'s 11-15, this volume also collects a one-shot entitled SUICIDE SQUAD: WAR CRIMES, which is written by......JOHN OSTRANDER!!!! Yes, the same John Ostrander that created this modern incarnation of the Suicide Squad. His story is criminally short, but he uses his pages wisely, and brings more depth and characterization to the cast than Rob Williams has done in three full volumes. Ostrander delivers the fights and brutality that DC demands, but also brings back the espionage aspect that he handles so well, and gives the book a brain, something sorely lacking in Williams' stories. The art for Ostrander's story is barely serviceable, but the story is a keeper, and is worth the price of admission alone.


Zod is still imprisoned, and is still inexplicably twenty feet tall.
Someone gives our merry cast of murderous super-villains an unsupervised night on the town, because the book is retarded.
Amanda Waller has a bright idea about how to catch a traitor: Have a man who hates her guts SHOOT HER IN THE HEART jusssssst so, so she can "fake" her death, even though he will have shot her in the one miraculous part of the heart that looks really bad, but is oh, so easy to repair. Because, who better to trust to shoot you and keep you alive than a man who wants you dead at all costs? She's, no lie, up on her feet and in action within three days, because...retardation.
Killer Croc just...eats people. And everyone is OK with this.
Harley Quinn is smarter, faster, stronger, and fights better, than soldiers, super-villains, mercenaries, everyone, because DC needs her to.
There's a double-cross that happens unexpectedly, but don't worry, because the double-crosser, who just cold-bloodedly murdered his teammate, feels a little bad about it, so everyone just shrugs their shoulders and goes on like nothing happened.

As I said, this is epically stupid stuff....Waller's plan is the goofiest thing since DC's weird imaginary stories of the '50's and '60's, but this is all played perfectly straight.

John Romita, Jr., joins the series, and his art....I don't know if I still like it, or if I hate it. His already blocky characters look like straight-up LEGO figures in the book.

Anyway, this is bad, awful, embarassing stuff....But buy it to support John Ostrander, who DC needs to hand this book over to ASAP.

SUICIDE SQUAD, VOL. 3: BURNING DOWN THE HOUSE collects SUICIDE SQUAD #'s 11-15, and SUICIDE SQUAD: WAR CRIMES, and features all of the covers and variants, and earns a square four out of ten Romita blocks:
🔲🔲🔲🔲
(Solely given to John Ostrander, whose story was a nine out of ten, but only amounted to one-sixth of the book.)


Posted by The Crabby Reviewer at 3:55 PM