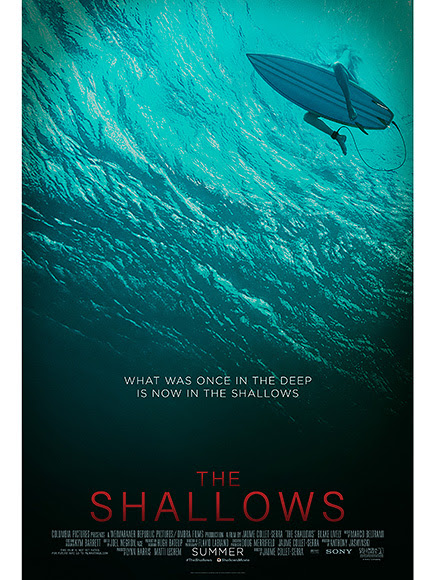 Get your "Father of The Year" nominations ready now.....
I'll start off by coming clean: I let my seven-year-old son watch monster movies.

I'm very selective about what kinds of monster movies....I don't let him watch anything that's really scary, and nothing that's especially gory, but....Yeah, He's been watching the JAWS films with me since he was four, and last night I let him watch the end of PREDATOR 2. My mother is about ready to call the cops on me, but this is the same women who let me watch THE EXORCIST when I was seven, which caused me decades of terror-filled, sleepless nights, so.....Anyway, long story short: My wife and I took Mikey with us to see THE SHALLOWS yesterday.

Wow, the looks we got from the people who were already seated when we came into the theater....You'd have thought we were taking the kid to see a remake of DEEP THROAT or something. (It's PG-13, people! Calm down!)

My wife was immediately ready to kill me because, while Mikey can see Bruce the shark devour Quint, it's not OK for him to hear the word "Tits", which was said a few times in the trailer for some new, abominable-looking Mila Kunis film. (In my defense, I didn't know that it was now OK to say "Tits" and show lesbian make-out-sessions in a trailer attached to a PG-13 film.) The look of death intensified as we sat through the trailer for OUIJA: ORIGIN OF EVIL, which terrified my wife, but didn't faze Mikey at all. As long as he has his customary bottle of Pepsi and tub of extra-butter popcorn, he's good to go.

THE SHALLOWS finds medical-school dropout Nancy Adams, played by Blake Lively, searching for herself in Mexico after the death of her mother. She's found an isolated beach that her late mother used to surf at when she was young, and she decides to spend the day there following in her mother's footsteps.

Nancy makes what could be some of the worst decisions that anyone has ever made in the history of film. The movie opens with her being taken to this isolated beach my someone who, apparently, picked her up while she was hitchhiking. Hot young American chick, who doesn't speak Spanish, hitchhiking to a desolate beach...good plan. Then she compounds the stupidity by not only revealing that she has a drunken slut friend who bailed on accompanying her to the beach, but she tells the guy that picked her up that SHE HAS NO WAY TO GET BACK FROM THE BEACH. ("UBER!", she happily chirps.....)

Anyway, I could look at Blake Lively alllllll day long, especially in a bikini, so it was easy to forgive these dopey plot points. In a darker film, it would have been possible to imagine that Lively's character was so grief-stricken that she actually came to the beach to die, either by drowning, or at the hands of strangers. This isn't that film, though, and everyone that she encounters (With one small exception...) has her best interests at heart.

This is a really short film, so it gets crackin' right away....Nancy, while surfing, makes another poor choice, choosing to paddle over to THE MASSIVE, PARTIALLY-DEVOURED CORPSE OF A HUMPBACK WHALE THAT SHE HADN'T NOTICED BEFORE. When you see a dead whale that has massive bites taken out of it, maybe don't go in for a closer look.....?

Nancy is attacked, and finds shelter on a small outcropping of rock that's gonna go bye-bye when the tide shifts in a few hours. There's not a lot of shark on display, aside from his fin, for much of the film. This is pretty much all you see until close to the end:

There is, however, a lot of this to get you through the slower parts:

I would have liked more shark, but the Blake/shark ratio seemed to work for me.

The effects, once the full-on shark terror kicks in, are excellent. The script includes some real dialogue groaners, and Blake isn't much of an actress (At least here...In all fairness, I haven't really seen her in much, aside from GREEN LANTERN.), so much of her monologue just falls flat. She's up for the physical stuff, and she can scream like nobody's business, so there's that. The final battle with the shark was great, and the confrontation ends on a truly creative, clever note.

THE SHALLOWS  is no JAWS, but then again, what is? I had a good enough time watching it, even though it's almost immediately forgettable. The effects and eye-candy are great, the scenery is beautifully photographed, and I'm always down for a shark movie. (MEG is finally hitting the screen next year, so maybe we're in for a shark-movie renaissance...) For his part, Mikey wasn't scared at all. He entertained me during the slow parts by reciting shark facts for me. My wife, however, squealed and groaned in terror throughout.

My wife said it was very realistic, and totally inappropriate for seven-year-old boys.

Mikey, when asked if he liked it, replied "Not so much." (He wanted to see THE BFG. Before you yell at me, we're taking him tomorrow.) He saw me writing this review today, and said that I should tell everyone that he loved it. I asked him if that was true, and he replied "No, I hated it. Just don't tell anyone that." 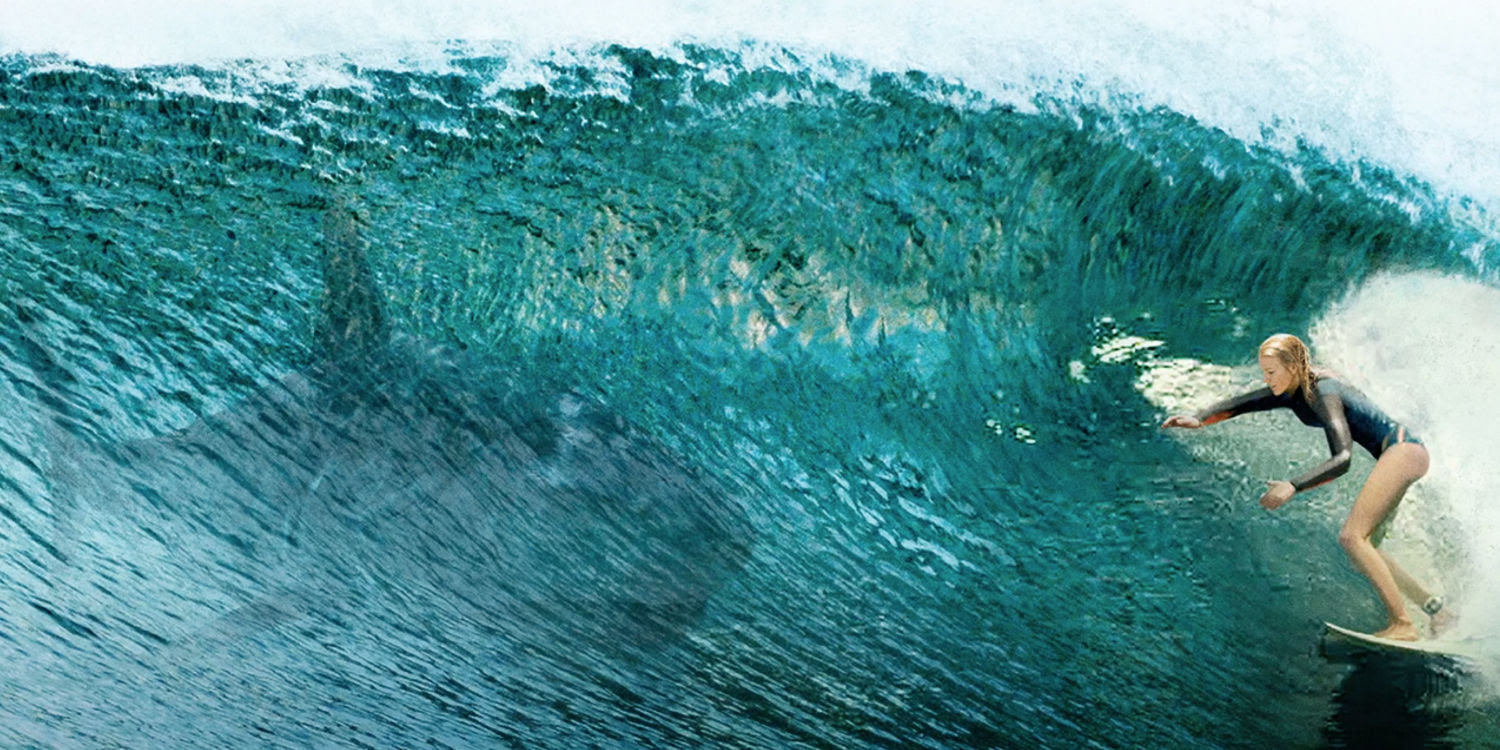 Posted by The Crabby Reviewer at 10:38 AM