Like Unto a Thing of Iron, Part Five: Essential Power Man and Iron Fist, Vol. 2 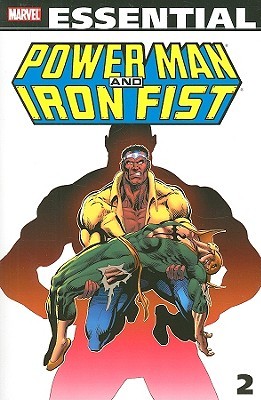 A classic run from the '80s concludes here.
POWER MAN AND IRON FIST is one of the true underrated gems of the Jim Shooter era at Marvel Comics, and Mary Jo Duffy is a forgotten comic-book genius. Shooter's reign at Marvel had a lot of standout creators working on a lot of breakout books, and if it weren't for Chris Claremont, John Byrne, Frank Miller, John Romita, Jr., and all of the other massive talent that was running wild at Marvel, Mary Jo Duffy could have been a legend. Her work on this title deserves to be mentioned alongside Miller's DAREDEVIL, Stern's AMAZING SPIDER-MAN, and the Claremont/Byrne X-MEN. It was that good, and it holds up.

Ably assisted by artist Kerry Gammill and inker Ricardo Villamonte, Duffy's team of hapless "Heroes for Hire" encounter crazed super-powered assassins, vampires, Time-Lords and evil robots, villainous mountaineers, swashbuckling Zorro wannabes, and a mad slasher who is waaaay more than meets the eye. Unfortunately, the perfection of the Duffy/Gammill/Villamonte team only accounts for a scant three issues in this collection, and when Gammill and Villamonte leave, the chemistry is thrown off, and the book never quite recovers. (The bulk of this amazing collaboration is collected in the first volume.)

Gammill and Villamonte were one of those art teams that clicked in juuuust the right way. Finding a new issue of POWER MAN AND IRON FIST on the newsstands as a kid was a joyous occasion. Why Gammill isn't hailed as one of the all-time great pencillers is beyond me. I'm not sure why he left the book, and I'm not sure where he ended up after he left, but if Marvel had moved him onto a higher-profile series, the sky would have been the limit. Ditto for Duffy, whose imaginative plots and snappy dialogue would have been right at home in one of the Spider-Man family of books.

Denys Cowan takes over the art chores after Gammill departs, and.....the man is a good artist, but I never quite warmed to his scratchy style. Duffy sticks around for a few issues, but you can tell that the spark was gone, and her last issues seems rushed, as she struggles to tie up all of her dangling plot threads with a few hasty lines of exposition.

She is succeeded by Denny O'Neil, who is later replaced by Kurt Busiek, in what must be some of his earliest work. For a newcomer, Busiek's work is surprisingly readable. The O'Neil issues are serviceable, and include possibly the weirdest crossover ever, as Cage and Iron Fist are hired to find Moon Knight, who is trapped in a water tower (!). Cowan sticks around for a bit, and is replaced by Ernie Chan and inker Mike Mignola, contributing some of his earliest work. The bulk of this collection is fun, readable stuff, but none of it holds a candle to the Duffy/Gammill/Villamonte issues that open the volume.

On a side note, POWER MAN AND IRON FIST #78 is forever burned into my mind as being one of my most-read comics from my childhood. 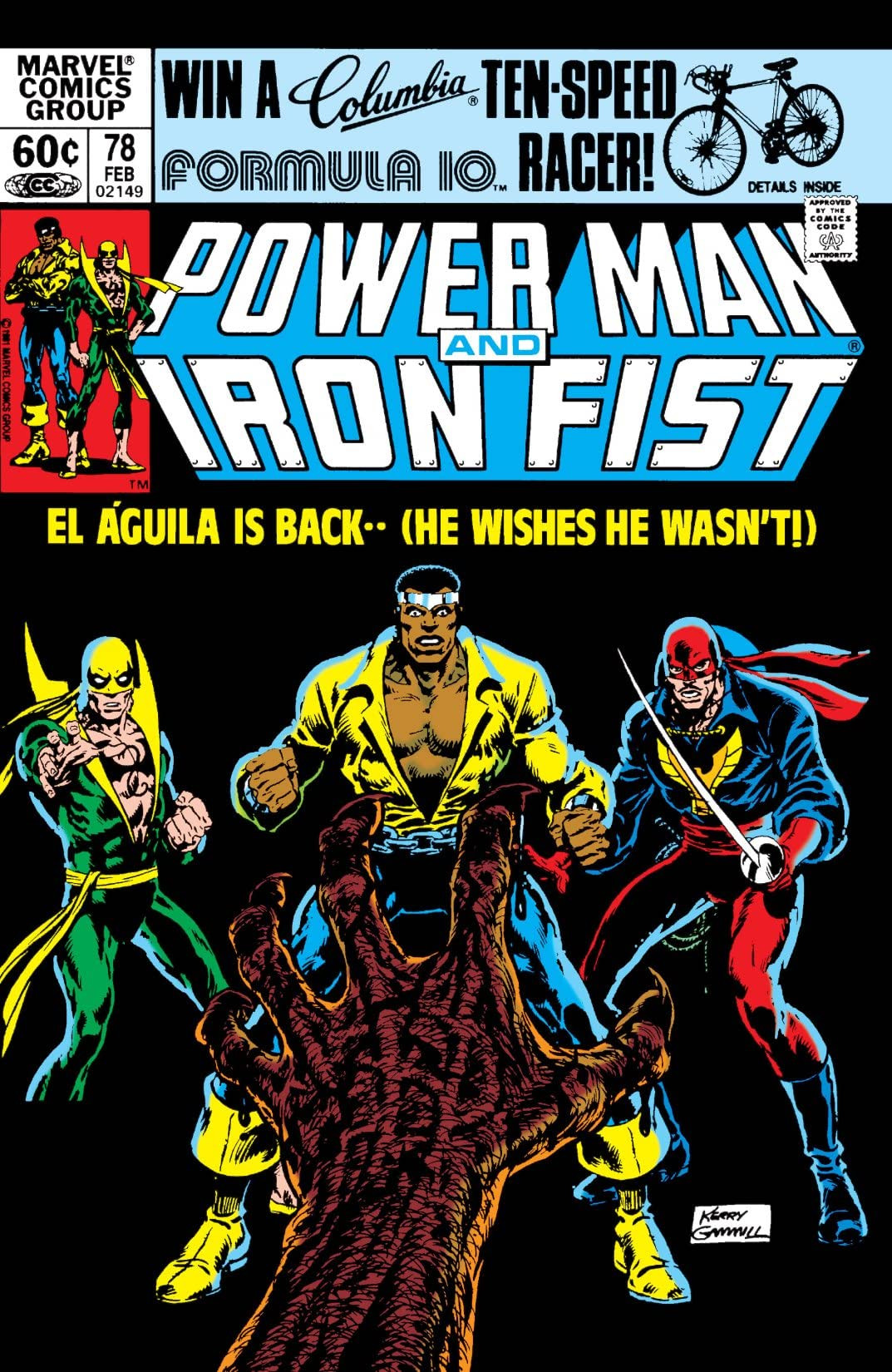 I read and reread this issue until it was falling apart. The mystery of who the masked, animalistic slasher and his upscale partner were haunted my childhood. Gammill's visual of the slasher in his Elephant Man sack captured my imagination like nothing I had ever read before. This issue is truly one of the greatest single issues ever published. (The identities of the slasher and his buddy would be revealed in six months, in issue #84. I had no idea who either of these men were back when I first read these issues, but the reveal is a pretty big one, in hindsight.)

Posted by The Crabby Reviewer at 5:49 PM