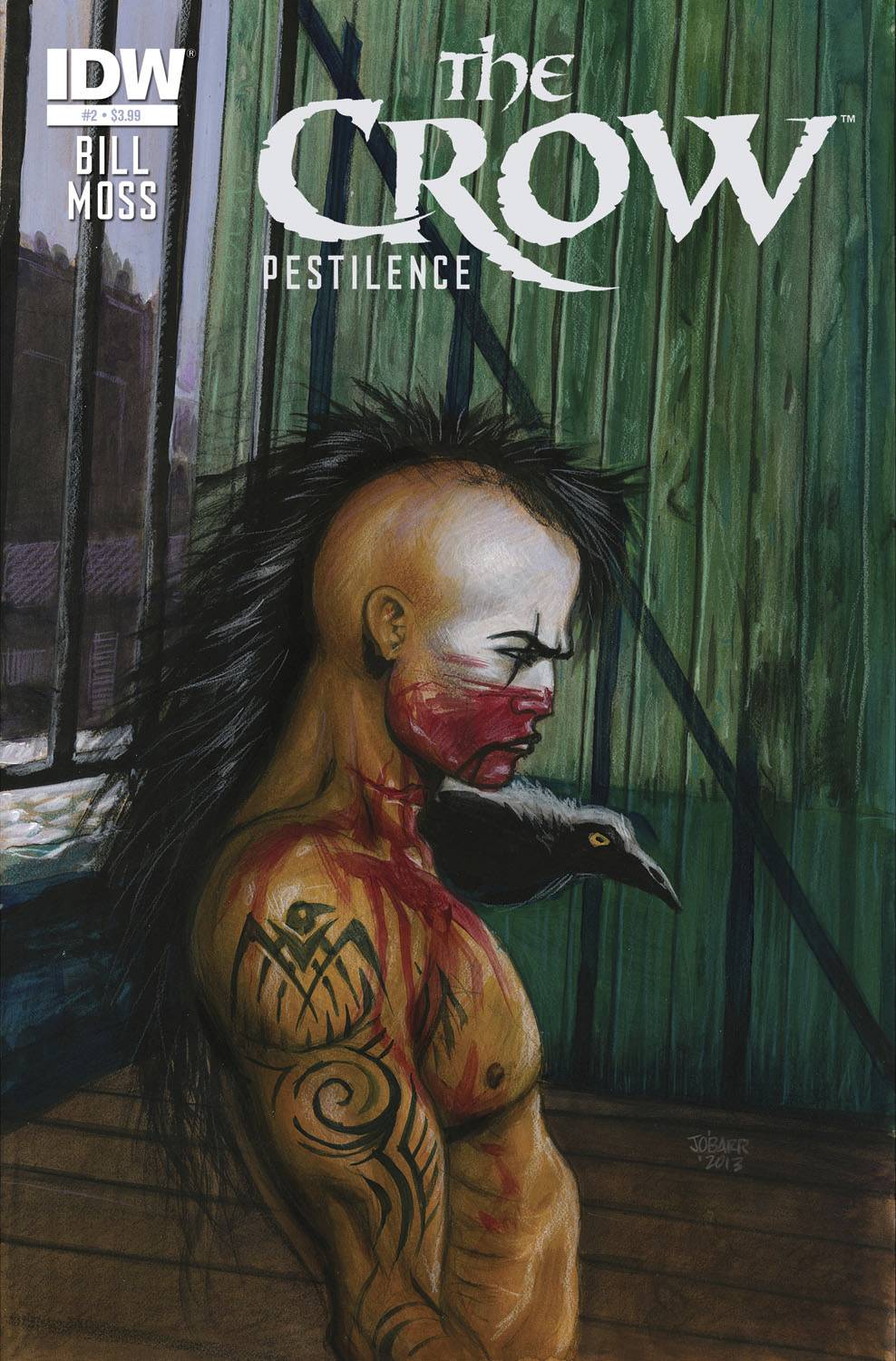 IDW's latest tale of James O'Barr's THE CROW mythos is, by far, the most-supernaturally-tinged iteration yet. It's also the most blood-drenched.

(IDW's review copies never include credits, so I'm relying on the spotty information that's available on Amazon, which is rarely trustworthy....) THE CROW: PESTILENCE is written by Frank Bill and illustrated by Drew Moss, and they've crafted a quick, nasty piece of work. The basic premise of THE CROW doesn't seem to lend itself to much variation from the initial "Wronged dead guy is resurrected by a crow in order to take revenge on his murderers" template, but IDW has been bringing some unique views to the series lately. While this volume, which collects the four-issue mini-series of the same name, hews pretty close to that original formula, it's a fast-paced, brutal read that rockets along at a breakneck pace. (I think I ripped through all 80 pages of story in about a half-hour.)

The story begins in Juarez, Mexico, with Salvador, a boxer who has been paid a tidy sum of money to take a dive. Pride gets the better of him, and he wins his match, resulting in the deaths of his wife and son, and his own brutal murder. Flash-forward a few years, and Salvador is resurrected, and sets out to get his revenge on his murderers.

As I said, pretty by-the-book stuff, but the Bill/Moss team elevate the subject matter. Although I often found myself cringing at Bill's overly-stylized dialogue, which finds nearly every character speaking with the exact same "voice", and doing so in a bizarre accent/cadence that was very off-putting. The story works, despite the verbal tics, and Drew Moss really brings it on the artistic side of things, drowning the pages in gore as Salvador settles his scores. There's a neat little twist towards the end that put things in a whole new light, which I was not expecting, and a wonderfully bizarre/unexpected supernatural throwdown.

THE CROW: PESTILENCE is not going to light the world on fire, but it's a fun way to spend a little time.

Posted by The Crabby Reviewer at 10:06 PM