Freedom of the Mask, by Robert McCammon 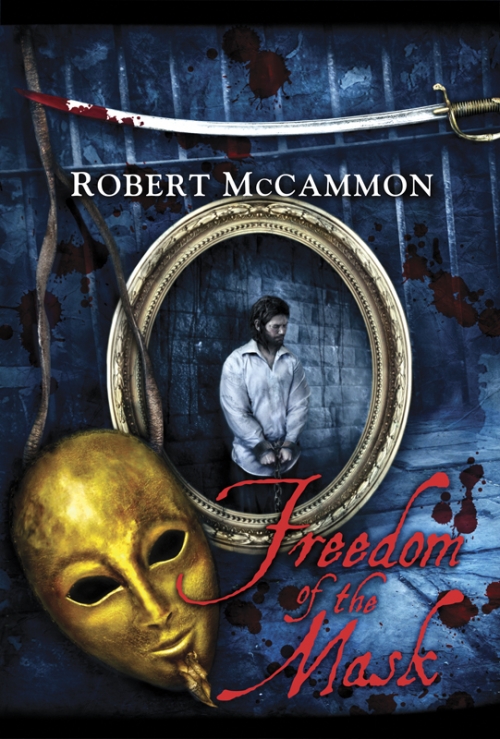 When we last saw McCammon's plucky young protagonist, Matthew Corbett, he was in dire straits. Matthew, suffering from amnesia brought on by a severe head injury, was in the clutches of his old enemy, Count Anton Mannerheim Dahlgren, heading back to England as a peace offering from Dahlgren to his estranged master, Professor Fell. McCammon splits the opening section of the book into two distinct voyages: Matthew and Dahlgren's horrific passage about a decrepit ship, and the parallel tale of Matthew's friends Hudson Greathouse and Berry Grigsby making their own way to London, following the meager clues left in Matthew's wake.

Matthew arrives before his friends, much the worse for the voyage. Charged with the shipboard murder of Count Dahlgren, Matthew finds himself thrown into London's nightmarish prison system, living among the worst that London has to offer.

Even though his body is imprisoned, Matthew's inquisitive mind will not be shackled, and he soon sets his problem-solving skills to work on a new mystery that is vexing the city: A masked vigilante named Albion, who is slaughtering recently-released inmates. Who is this mysterious killer, and what is his interest in Matthew?

After the short diversion that was Matthew's last adventure, THE RIVER OF SOULS, McCammon plunges his audience back into another Corbett epic with the massive FREEDOM OF THE MASK. The book is filled with old faces, both friendly and fiendish, and McCammon advances the overarching Professor Fell plotline, upping the stakes exponentially. By the end of this adventure, those stakes have never been higher, and readers will be cursing the wait until the next Corbett adventure.

Subterranean Press scored a coup when they signed McCammon, and fans of literary fiction owe them a great debt, not only for presenting McCammon's catalog to a new generation of fans, but for bringing forth so many great new novels from someone who had been silent for too long. Eventually, McCammon will wrap up Matthew Corbett's tale, and that will be a sad day, but until then, this reader is firmly under the storyteller's spell, counting the days until the next adventure, and wondering: "How in the hell will Matthew get out of this one?"

Posted by The Crabby Reviewer at 7:21 PM