Like Unto a Thing of Iron, Part Two: Power Man and Iron Fist #73 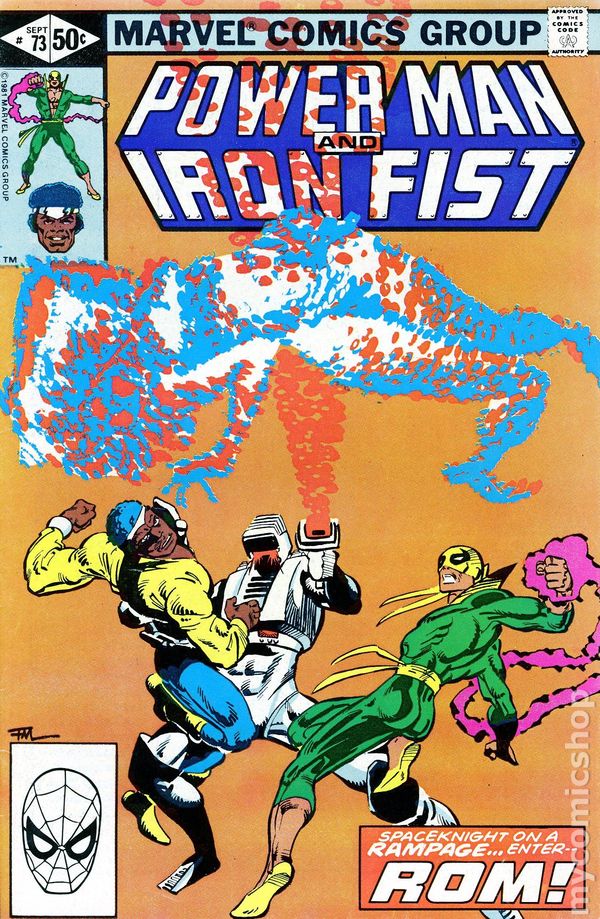 The absence of ROM from Marvel Comics has created a small, but noticeable, hole in a lot of Marvel reprints. When I bought ESSENTIAL POWER MAN AND IRON FIST, VOL. 1 ages ago, I hopped online and bought the two floppies that weren't included in that volume due to licensing issues. Considering how ROM crossovers are only available on the secondary market, you would expect that to drive the prices up, but I bought these two issues for, if I remember correctly, two bucks and change, plus shipping. They're not in mint condition, but I'm not looking to flip them, so....who cares. The story is what matters, especially having the story uninterrupted by missing issues....

ESSENTIAL POWER MAN AND IRON FIST, VOL. 1 skips over these two issues completely...no recap page, as Marvel would later do when they had an issue skipped in a collection due to a licensing problem. Granted, this is a fairly stand-alone story, though.

The issue starts out with ROM landing in Times Square, and analyzing people in the crowd. Finding that some of them aren't human, but Dire Wraiths in disguise, ROM blasts them to ashes with his Neutralizer. One of those piles of ash belonged to Polly, a friendly-neighborhood hooker, whose tearful pimp offers Power man and Iron Fist a wad of money to find her killer. (Pimps were very loving in the early '80's.) Cage and Fist soon run across ROM, have the customary hero vs. hero throwdown, and then realize that ROM is telling the truth about his alien adversaries. The book ends with the trio joining forces...to be continued in ROM #23.

Mary Jo Duffy does her usual incredible job with the script, and the art this time is provided by fill-in penciler Greg La Roque (A childhood favorite) and regular inker Ricardo Villamonte. There are a LOT of typos and instances of missing punctuation in this issue, which was unusual for Marvel...I suspect that the deadline on this one was tight. A fun issue, overall; Duffy moves the subplots forward, has some great character bits with the main and supporting cast, and delivers a nice fight/resolution scenario. It was fun seeing some of these great old ads, too. 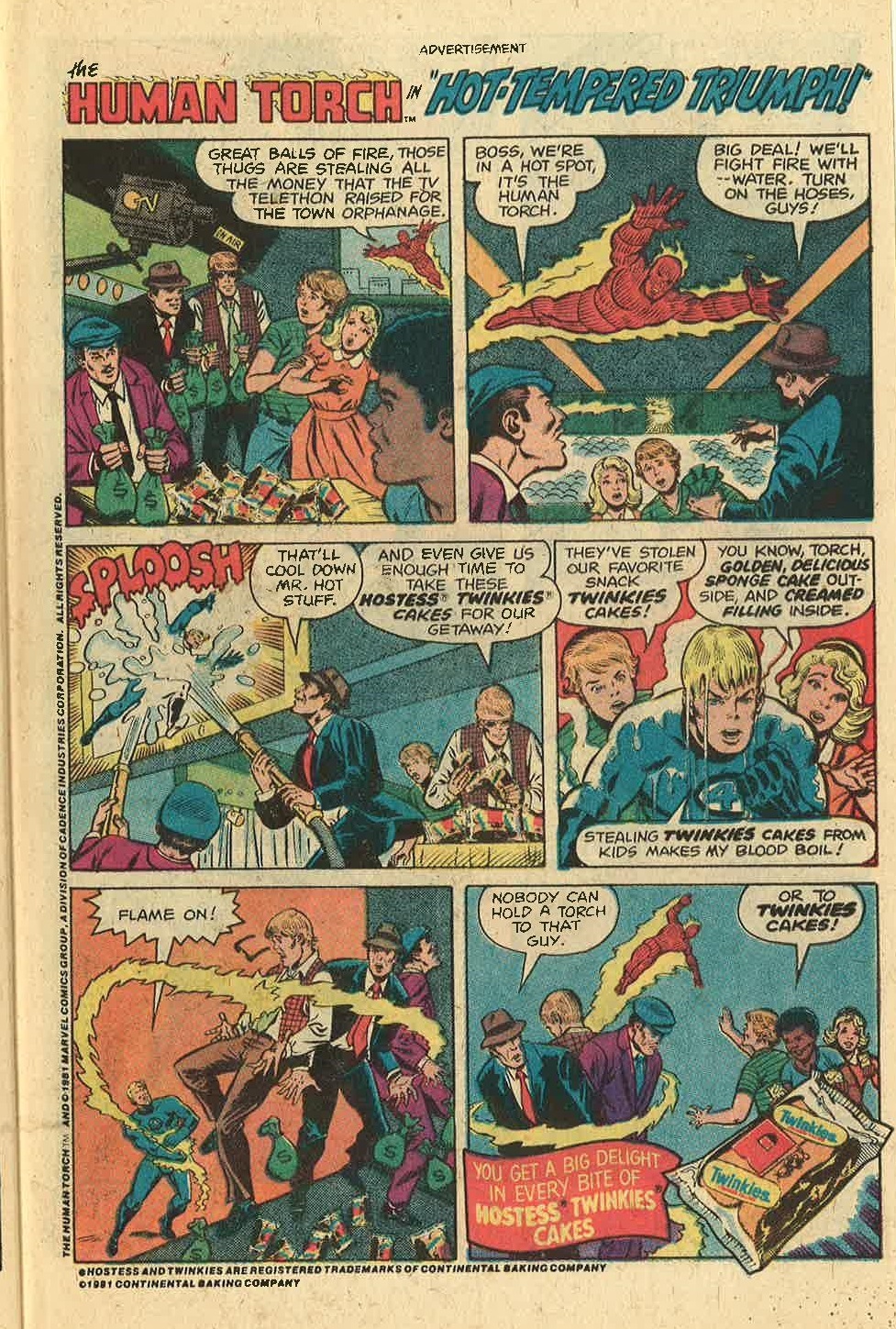 (There were no 7-11 stores in The Bronx, so I lived the first two decades of my life pining away for a Slurpee and the wonderful cups that they came in.....)


Posted by The Crabby Reviewer at 7:53 AM