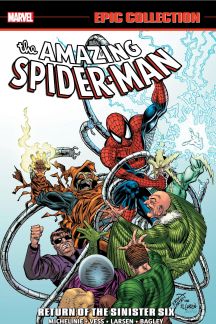 The bulk of Erik Larsen's AMAZING SPIDER-MAN run, in one inexpensive volume.

THE AMAZING SPIDER-MAN EPIC COLLECTION, VOLUME 21: RETURN OF THE SINISTER SIX starts off by reprinting Charles Vess' THE AMAZING SPIDER-MAN: SPIRITS OF THE EARTH graphic novel, which makes this volume an incredible value for your dollar. SPIRITS carried an eighteen or nineteen dollar cover price tag when it was released in 1991, which I balked at. I paid less than nineteen dollars for this collection! Glad I waited, lol. As gorgeous as the painted Charles Vess artwork is, the story is severely lacking, which is another thing that contributed to my initial lack of interest when SPIRITS was initially released. In his defense, Vess does an admirable job writing this lengthy adventure that finds Spidey and Mary Jane investigating strange occurrences in Scotland; The man is as skilled with a typewriter as he is with a paintbrush. The story itself just didn't grip me, though, and I found myself wishing it would end. Perhaps the "Fish-out-of-water" was just a little too far out of his element....Seeing Spidey skulking around the Scottish countryside because there's nothing tall enough to web-swing from was a little....odd. The art, however, is stunning, and, while this isn't the optimum paper to read a fully-painted story on, the colors are deep and vivid. Not my cup of tea, but your mileage may vary.

From there, we get into the meat of the book, which collects THE AMAZING SPIDER-MAN #'s 334-350. We start off with a bang, as The Sinister Six reforms under Doctor Octopus, complete with the weirdest world-conquering scheme that I've ever encountered: Doc Ock claims that he's going to poison the entire world with a stolen satellite, but what he's really going to do is seed the world with a chemical that cures cocaine addiction, then charge junkies a fortune for the antidote, so they can get back to enjoying the coke. Doc, if you could cure addiction, you could probably get rich just from that....no need to hijack a satellite, gather up a team of super-villains, etc. He really overthought this one, big time. It's a fun story arc, though, with lots of villainous action and a ton of cute cameos.


From there we get David Michelinie plot contrivances at their finest: Just as Peter Parker is wishing that he could just walk away from being Spider-Man, he stumbles upon a kindly Doctor who has the ability to strip him of his powers completely! Imagine that! Spidey literally JUST MEETS THIS GUY, and he puts his future completely in his hands.....should he be surprised when his powers are gone and the Doctor turns out to be The Chameleon? Probably not. Be a tad less trusting next time, Spidey.

Next, Michelinie introduces readers to yet another stupid character in the vein of Solo and Chance, this time in the form of a heart surgeon who is also a drug-hating vigilante. Meet.......CARDIAC!!! Yay, said no one ever. Next!

After the Cardiac idiocy, we get yet another rematch with Venom, as well as the introduction of Cletus Kasady, who will become Carnage a few volumes down the road. Reading these stories when they were originally released gave these Venom appearances enough space to keep them from looking as repetitive as they really were. Venom truly is a one-note character, especially back in the old days, and binge-reading all of his early appearances over the past few weeks made these Spidey/Venom battles seem nearly unbearable. Venom appears, stalks Peter, makes him fear for his loved ones, they battle in a secluded area, Venom messes up, Spidey takes advantage and beats him. This battle has a slight twist at the end, but is Peter really dumb enough to believe that faking his death will placate his arch-enemy? Well, Venom was dumb enough to believe it, at least for a little while. On the plus side, Erik Larsen draws a delightfully evil Venom, so at least the battle looked nice. 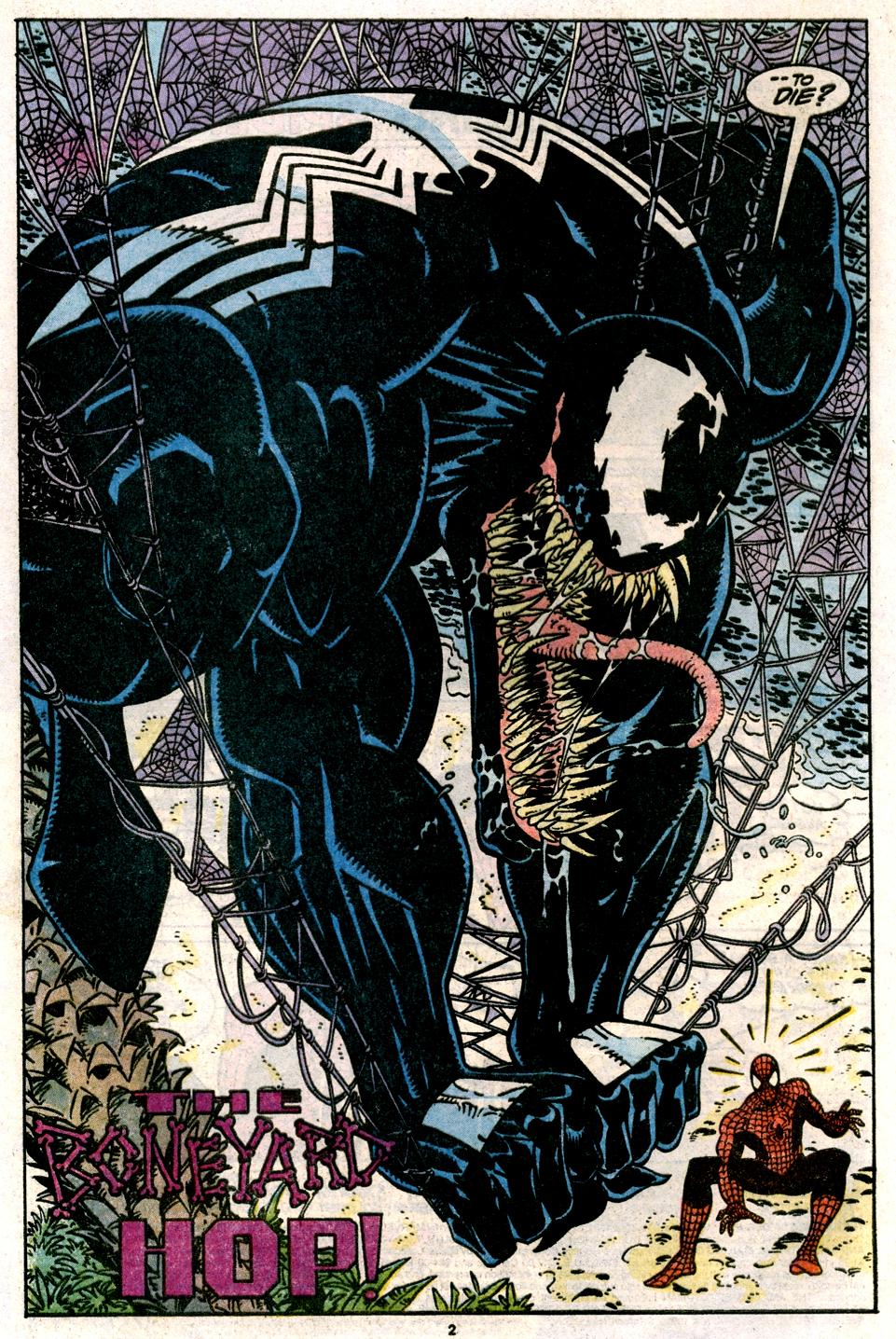 From there, we get an adventure with the newly-reformed Sandman, who had just become a reserve Avenger. This was a bit of character growth that I wish Marvel had had the courage to stick with. It was fascinating watching The Sandman struggle to make ends meet and avoid the temptation of easy money through a life of crime. This is a fun issue, but the ending, where a miscommunication with Captain America causes The Sandman to believe that he was just fired from The Avengers, still pisses me off. He storm off, and Cap basically says "Hey, I was just going to tell him not to do that again....does he think I fired him?" Sersi replies something like "Yeah, but who gives a shit? He'll probably come back."  He doesn't. Thanks for fucking up his life by not caring, you rotten bitch!

The collection closes with a two-parter that is pure wasted opportunity, as The Black Fox steals something that brings the wrath of Doctor Doom down on his head. I say wasted opportunity because Doctor Doom was one of the first super-villains that Spider-man ever fought, and it would have been great to see them really throw down again, now that Spidey is more experienced. They tussle briefly, but the bulk of these issues is given over to The Black Fox, who is nowhere near as charming and interesting as Michelinie believes that he is. I would have loved to see Doom blast this rancid old cretin into atoms.

It may sound like I didn't enjoy this volume, which isn't true......Yes, Michelinie's plots are dopey and full of more holes that a good swiss cheese, but I'm still a sucker for Mary Jane, Flash Thompson, The Black Cat, and the rest of the supporting cast, and Erik Larsen's art is a treat to look at, so.....THE AMAZING SPIDER-MAN EPIC COLLECTION, VOLUME 21: RETURN OF THE SINISTER SIX earns eight out of ten sinister sixes:
❻❻❻❻❻❻❻❻

Posted by The Crabby Reviewer at 1:47 PM