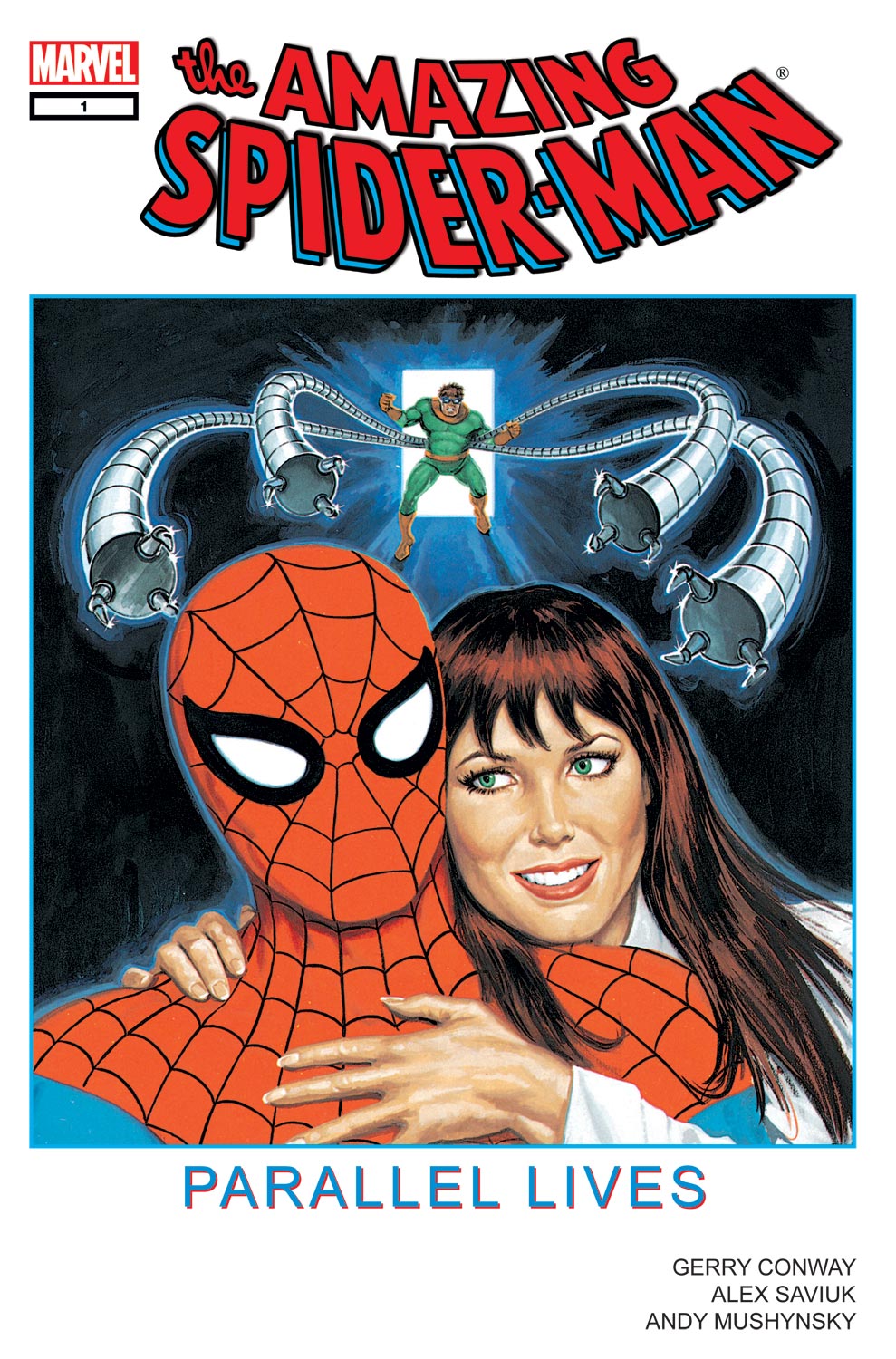 Another forgotten gem from the distant past......

Has there ever been a greater love story in comics than the romance between Peter Parker and Mary Jane Watson? The crude dissolution of their marriage pretty much ended my lifelong love of Spider-Man comics. Yes, I still occasionally checked in to see how Peter was doing, or if he was fighting an exceptionally interesting villain, but the end of the marriage really opened my eyes to what Stan Lee called "The illusion of change", meaning that comic characters really never change. The marriage of Spider-man, and Superman, for that matter, was a huge, character-altering event. To see Marvel just undo it so casually basically hammered home to me that, despite decades of reading these books, Marvel could undo the decades-worth of continuity that was my comics-reading career. And when they severed that publisher/reader unwritten contract, it pretty much freed me of any interest that I had in keeping up with new Marvel stories.

That said......THE AMAZING SPIDER-MAN: PARALLEL LIVES, which was originally published in 1989, is set squarely in my beloved continuity, and is a beautiful love letter to the greatest romance in comic-book history.

Written by Gerry Conway, this original graphic novel tells the history of Spider-Man through the twin lenses of Peter Parker and Mary Jane Watson-Parker, from their childhoods through their marriage, with an added dose of Doctor Octopus, who is also firmly enmeshed in their shared history. Conway is a master of character moments, and he brings the painful early lives of Peter and Mary Jane to life brilliantly. I especially liked the way that he dug down beneath the party-girl exterior of Mary Jane, and showed the inner strength that enabled her to finally break down the walls that she had built up and let Peter in. You can read this book and see how Peter fell in love with this extraordinary young woman.

The art is handled by longtime WEB OF SPIDER-MAN artist Alex Saviuk, with inks by Andy Mushynsky. Saviuk never got the attention or accolades of his flashier peers, but he did something that a lot of glitzier artists couldn't do, and that is tell a visually compelling, easy-to-follow story. I've never looked at one of Saviuk's panels and wondered what was going on. The man can draw, and he can tell a great visual story. You really can't ask for more than that. Truly one of the great unsung artists of my childhood.

This was a great read, and I'm sorry it took me nearly three decades to get to it. Gerry Conway did an outstanding job on this book, and it deserves to be held up as one of the best Spider-Man stories ever told.

Posted by The Crabby Reviewer at 10:59 AM