X-O Manowar, Volume 1: By The Sword

I never got into the Valiant revolution that took the comics industry by storm in the 1990's. I'm not tooting my own horn by saying this, but it seemed like a lot of overblown hype, and I was smart enough not to get swept up in it. (I can't toot that horn too loudly, because I certainly do get swept up in more than my fair share of hype, as witnessed by the tons of stuff lining the walls of my study.) I believe that, aside from the first issue of the dreadful Valiant/Image crossover, the only Valiant book that I ever read was my Cousin Rob's copy of X-O Manowar #1, with the Chromium cover. It was supposed to be able to put you and all of your ancestors through College.....Gotta love the speculator mindset of the 1990's. Rob was slick, though...He only bought it because he liked the way the Chromium cover looked. 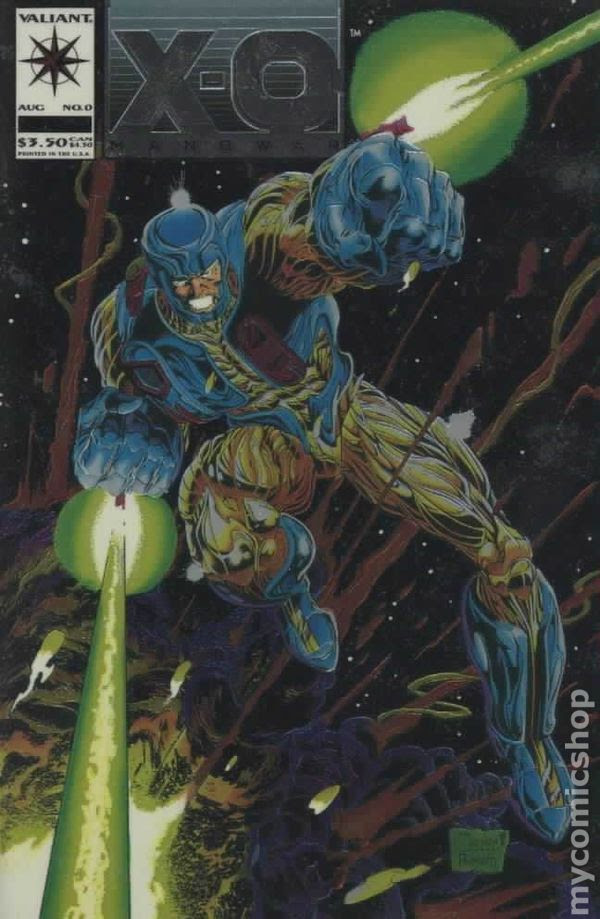 "Buy me, and all of your money problems will be solved!"

So I approached the relaunched/rebooted/whatever X-O MANOWAR: BY THE SWORD with totally fresh eyes. If memory serves, the origin is basically the same: Aric of Dacia, a Visigoth warrior, is abducted by an Alien race known as "The Vine". He's enslaved, along with his fellow prisoners, aboard their massive ship, eventually staging an uprising worthy of Spartacus, during which Aric takes possession of "The sacred armor of Shanhara", a mythical suit of armor that has confounded The Vine for generations. Aric escapes, returning to Earth to seek vengeance against the Roman warriors who tore his Visigoth family apart, only to find that he's returned to a dramatically Earth than the one he left sixteen centuries ago.....

The Visigoth/outer space stuff, which takes up the bulk of the book, didn't do much for me. The story really started to pop when Aric returns to Earth, and encounters modern-day Rome. This segment beautifully recalled the end of the Captain America film, and really had me feeling for Aric, something that hadn't happened until that point. Based on the strength of that sequence alone, I'm inclined to buy the next volume to see how Aric fares in his brave new world.

Robert Venditti's writing is hamstrung by having to tell an origin story that is not his own. His workmanlike script really picks up steam after the origin is established, and he'll hopefully make the character his own in the next volume. Cary Nord's art is great, even if the scope of his work seems a little too small for the grandiose subject matter.

Valiant is off to a good start with it's initial offering, and I'll be watching to see how they follow this up.

X-O MANOWAR: BY THE SWORD collects the first four issues of Valiant's X-O Manowar series, complete with covers and variants, and an all-new introduction.


Posted by The Crabby Reviewer at 1:05 PM