Crabs, Assemble!, Part Sixteen: The Avengers: The Once and Future Kang 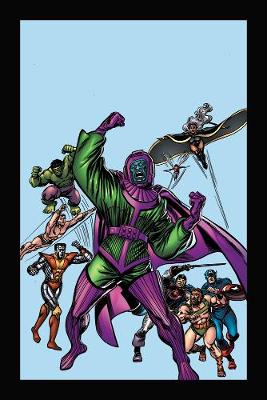 Every Avengers writer feels the need to tackle Kang, the time-traveling warlord from the future. I've been reading comics for the better part of 44 years, and I have NEVER, NEVER read a Kang story that did anything but make my head hurt. (I take that back...I seem to remember vaguely enjoying one that Kurt Busiek wrote towards the end of his AVENGERS run, but I can't commit. Check back with me when I reread those issues at some point in the future. Stay Tuned....) Roger Stern is one of my all-time favorite superhero writers, but he didn't fare any better than most others at "The Kang Test".

THE AVENGERS: THE ONCE AND FUTURE KANG collects THE AVENGERS #'s262-269, The Avengers Annual #15, and WEST COAST AVENGERS ANNUAL #1, and starts off with a rip-snorter of an issue that sees Namor, The Sub-Mariner join the team. Having someone who is pretty-much viewed as a terrorist join The Avengers gives the team a whole new dynamic, and his interactions with Hercules are priceless. This is followed by a prelude to the launch of X-FACTOR, which finds The Avengers accidentally stumbling across a cocoon that will ultimately be revealed to contain the hibernating Jean Grey. There are two more parts to this story, neither of which is collected here. The conclusion, in X-FACTOR #1, is really not necessary to enjoy this issue, but the second part, which took place in an issue of FANTASTIC FOUR, would have been a great fit for this book, especially since the previous collections of Roger Stern's AVENGERS run collected all associated FANTASTIC FOUR issues. As it stands, this issue raises a lot of questions that, at least in THIS collection, fans new to the story will never get.

Issue #264 introduces a new incarnation of Yellowjacket, who will, if I remember correctly, figure more prominently later in the series. Issues 265-266 are SECRET WARS II tie-ins, and contribute greatly to the disjointed feel of this collection. To their credit, Marvel does include text recap pages that get new readers up to speed on SECRET WARS II, which they will undoubtedly find handy.

Issues 267-269 feature a bunch of Kangs teaming up, while secretly plotting against each other. Kang stories have always given me a headache, and this one was no different. One Kang is gathering and killing other versions of himself from alternate timelines, and then Immortus shows up, but Kang kind of IS Immortus, but he's also sorta-maybe Doctor Doom, and he was for sure Rama-Tut, and...I just burst a blood vessel. Not a fan of Kang, who I affectionately call "The enemy of entertainment". The art is nice, at least, thanks to the mighty team of John Buscema and Tom Palmer, and I got a kick out of how the scenes in Limbo featured Dire Wraiths....I love seeing Marvel go right up to the edge of the ROM legal tie-up in these collections.

The remainder of the book is taken up with a truly awful AVENGERS/WEST COAST AVENGERS crossover that ran through both team's annuals. The AVENGERS half is written by the awful Danny Fingeroth, and features art by Steve Ditko, who is inked horribly by Klaus Janson. I loved Janson's inks when he worked with Frank Miller, and Janson's pencils are just fine, but his style totally dominates anyone that he inks, and the art in this issue looks like muddy shit. The story, such as it is, finds the teams betrayed by one of their own, and pursued by the United States Government, who sic Freedom Force (A.K.A. The Brotherhood of Evil Mutants) on them. I always enjoyed the "Freedom Force" rebranding of that team, because it is something that I could totally see the government doing.

The second half of the crossover fares slightly better, thanks to Steve Englehart taking over the scripting. The traitor is revealed to be Quicksilver (Hardly a spoiler...the surprise is blown on the cover of the Annual!), 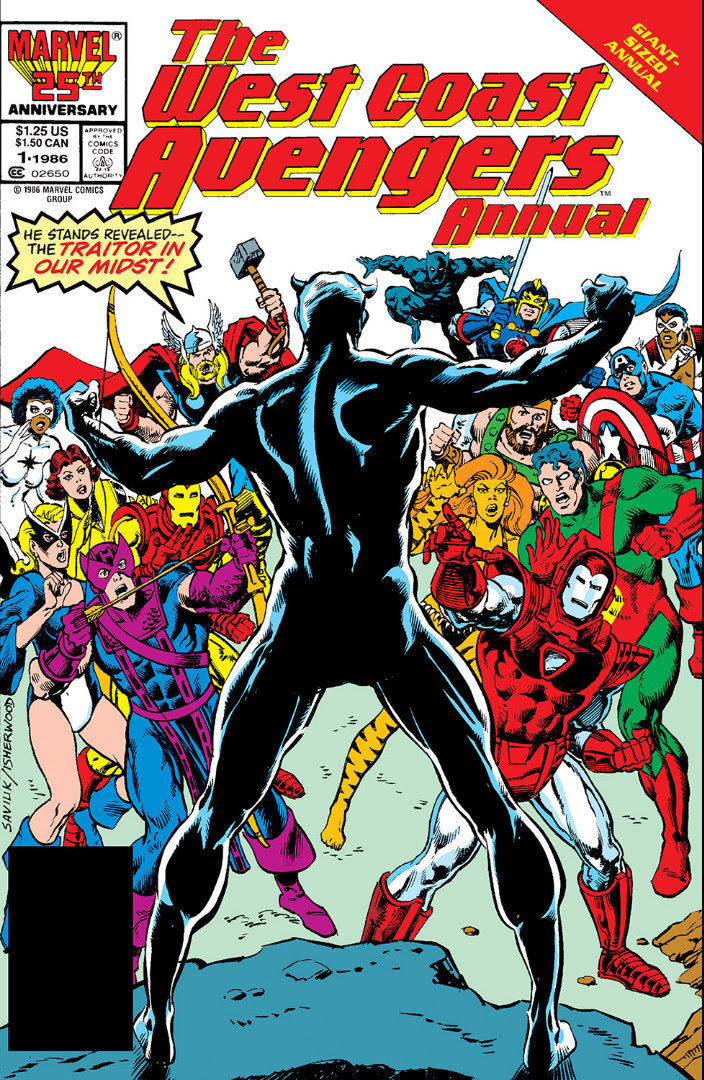 who is still smarting over his wife Crystal's affair. (See HERE for a review of that storyline.) He has somehow taken control of The Zodiac, who were already horrible villains, and are now some kind of horrible ROBOT DUPLICATE villains. I don't know...they still suck, though. Anyway, there's no fight, no real interaction of any meaningful kind between Quicksilver and the his former colleagues, and the story just kind of...ends. A real dud. I can see why Stern wanted nothing to do with the first of these threatened annual events.

Overall, this is not a bad book, but it is a disjointed, choppy one. I applaud Marvel for offering complete collections, crossovers and annuals included...but it often makes for iffy reading. Hopefully, the next Stern collection will fare better.


Posted by The Crabby Reviewer at 2:32 PM