A milestone in Marvel history.

MARVEL MASTERWORKS, VOL. 235: THE INCREDIBLE HULK, which collects THE INCREDIBLE HULK #'s 171-183, features the first appearance of Wolverine, so...'nuff said. Chances are, if you're a Marvel fan, you've read issue #181 numerous times. But there's plenty of other mighty good stuff to be had in this collection.

The book opens up with a couple of fun introductions, by Roy Thomas and the late Len Wein, where they both offer up their (Slightly different....) recollections of the creation of Wolverine. I love these candid little looks back at Marvel history that open up each Masterworks volume, and these two are among the best that I've read.

The first issue collected features The Hulk going up against The Rhino and The Abomination, and it's a story that's close to my heart, as I had the Power Records version of the issue when I was a kid. It's fun comparing the comic to the record adaptation, and seeing the changes that they made to simplify and streamline the story. Any way you cut it, Herb Trimpe illustrating The Hulk fighting this gruesome twosome just can't be beat.

Issue #172 ups the ante by having Hulk battle The Juggernaut, complete with an appearance by The X-Men. #'s 173-174 finds ol' greenskin in Australia facing off against anti-nuclear nutcase The Cobalt Man.

The battle with The Cobalt Man ends with The Hulk blasted into orbit, only to come crashing down in The Great Refuge, home of The Inhumans. I've never warmed to any of these characters, but they were actually quite entertaining here, and the confrontation ends with The Hulk being tossed into an Inhumans spacecraft and unceremoniously launched off into that stars, a scenario which was shamelessly cribbed for the overrated "Planet Hulk" story arc.

Issues 176-178 showcase an incredibly ham-handed Jesus allegory, featuring one of my most-hated 1970's bugaboos, Counter-Earth. Ugh. Created by The High Evolutionary, Counter-Earth is an exact duplicate of Earth, only there are no super-heroes. And The President of The United States is an evolved wolf. The Jesus role is played by Adam Warlock, back when he was generic and boring. As I said, this is some very heavy-handed stuff, but you have to admire Marvel's balls for publishing it. DC chickened out of a Jesus storyline in Rick Veitch's SWAMP THING in the late '80's, and Marvel had already done one in 1974. As dopey as this storyline can be, I still have a soft spot in my heart for it, thanks to my reading it as a kid in MARVEL TREASURY EDITION #24. 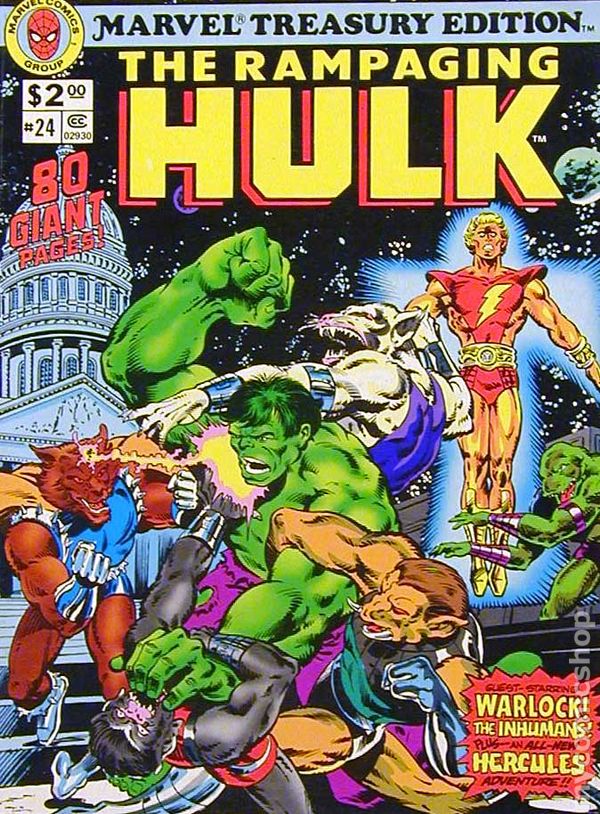 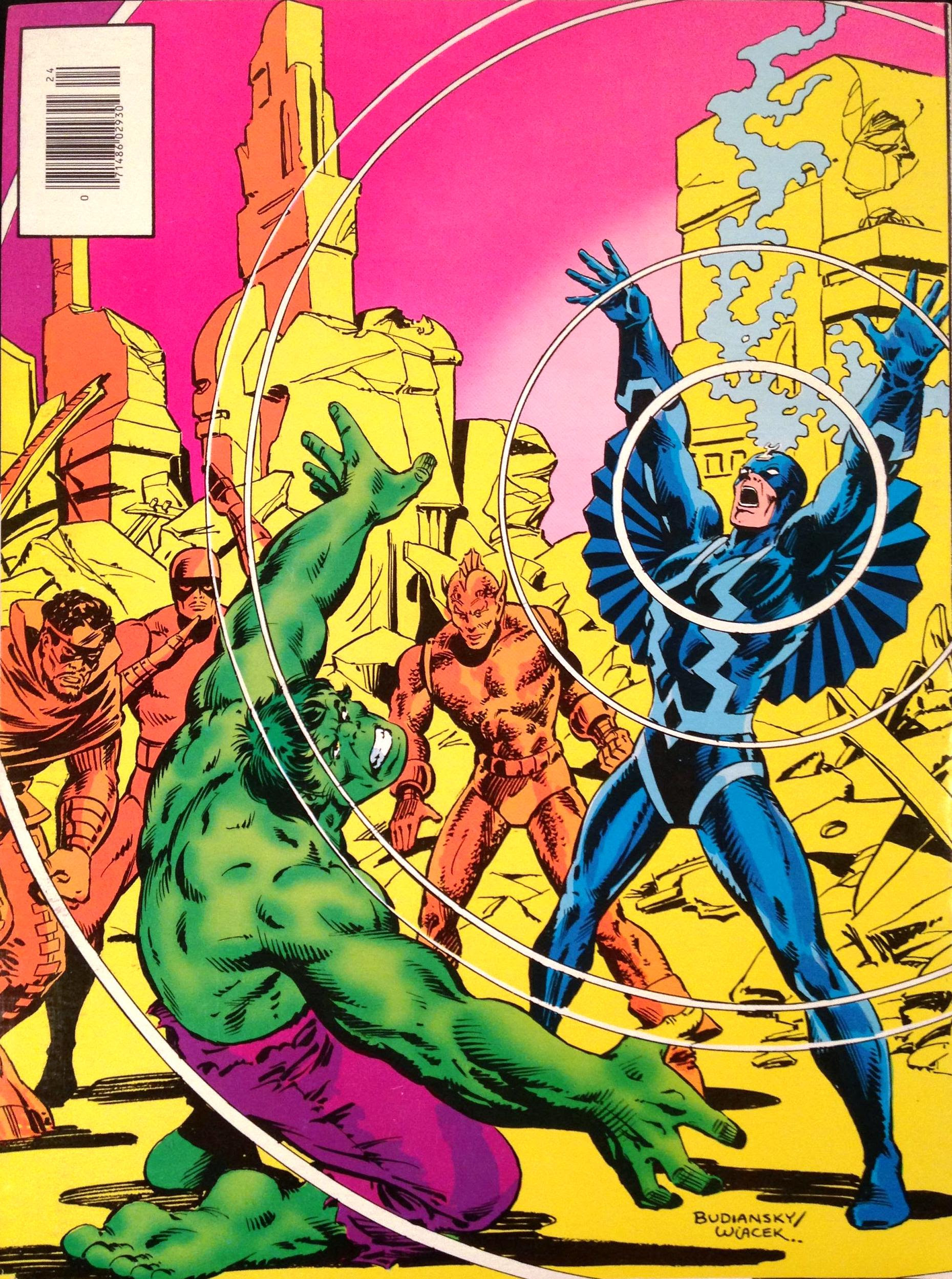 Writer Len Wein explores The Hulk's emotional spectrum a bit starting with issue #179, which finds Jade-Jaws encountering former enemy The Missing Link again, only to find him reformed and living a quiet life mining coal in The Appalachian Mountains. There's a fight, of course, but it spins out of a heavy emotional conflict, and Wein does a great job here, as well as later in the book, of depicting the toll these complex emotions take on the childlike Hulk.

Issue #180 features the return of cursed cannibal turned inhuman beast The Wendigo, and issue #181 showcases the first appearance of Wolverine. #182 features another first appearance, this time of Hammer and Anvil, two criminals, one a white racist, the other an angry black man, chained together and given super-powers by an alien they meet after a prison break (!!!!!). This is what I love about Marvel comics from my childhood. These days, that alien would be part of a massive invasion force, and his appearance would set off a huge, eight-month-long crossover. Here, it's a throwaway plot device that lasts all of three pages. This issue also finds The Hulk in an emotionally compromising position, as he discovers that a friend he meets on the road has a connection to the nefarious duo. Plus. The Hulk learns his ABC's!

The book concludes with a rematch with Zzzax, and a handful of extras, including creator biographies, a page of original Herb Trimpe pencil art, two covers from books that reprinted issue #181, and a house ad for that issue. The holy grail, though, are the original John Romita design sketches for Wolverine. I don't recall ever seeing these before, and it is pretty damned cool.

Posted by The Crabby Reviewer at 4:31 PM