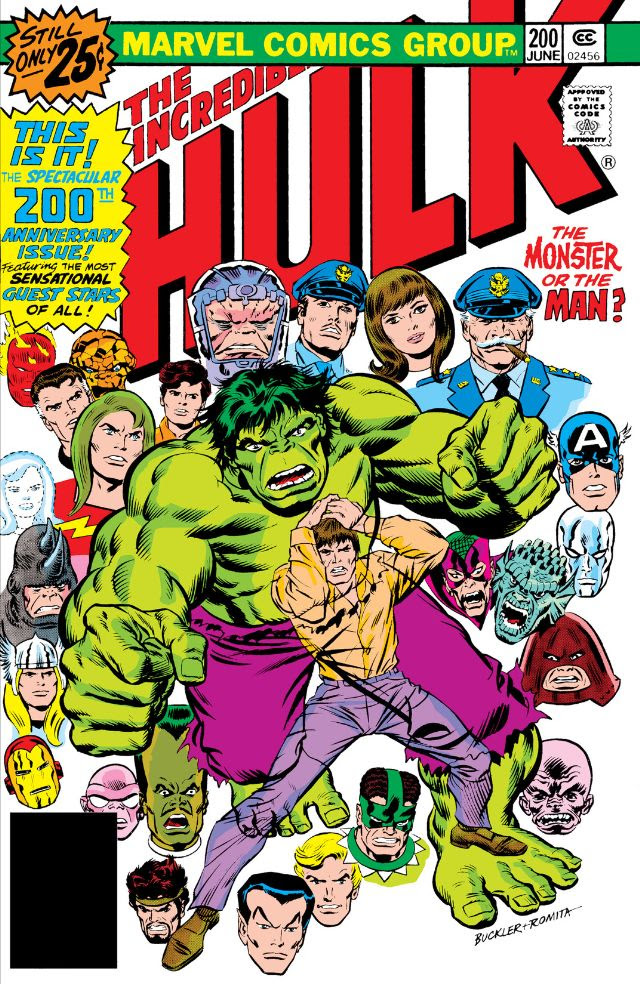 Not the best use of a milestone issue.....

Marvel would occasionally trot out an issue that had their hero fighting dream/hallucination versions of their greatest villains. This is just such an issue.

The story opens with a shocker that is almost completely glossed over: Bruce Banner is in control of The Hulk, thanks to a weird helmet created by Doc Samson. Samson is planning to shrink The Hulk down, courtesy of Dr. Hank Pym, and shoot him into the vegetative brain of Glenn Talbot, in hopes of restoring his shattered psyche. I mean...what could possibly go wrong?

The bait-and-switch of the cover becomes clear once The Hulk gets into Talbot's brain, as he is attacked by phantom memories of his rogue's gallery while attempting to clear out the memory blocks.

The issue is well written, and has the usual stellar Sal Buscema/Joe Staton art, but  the story itself left a lot to be desired. It does, however, end on a promising note that hints at great things to come.