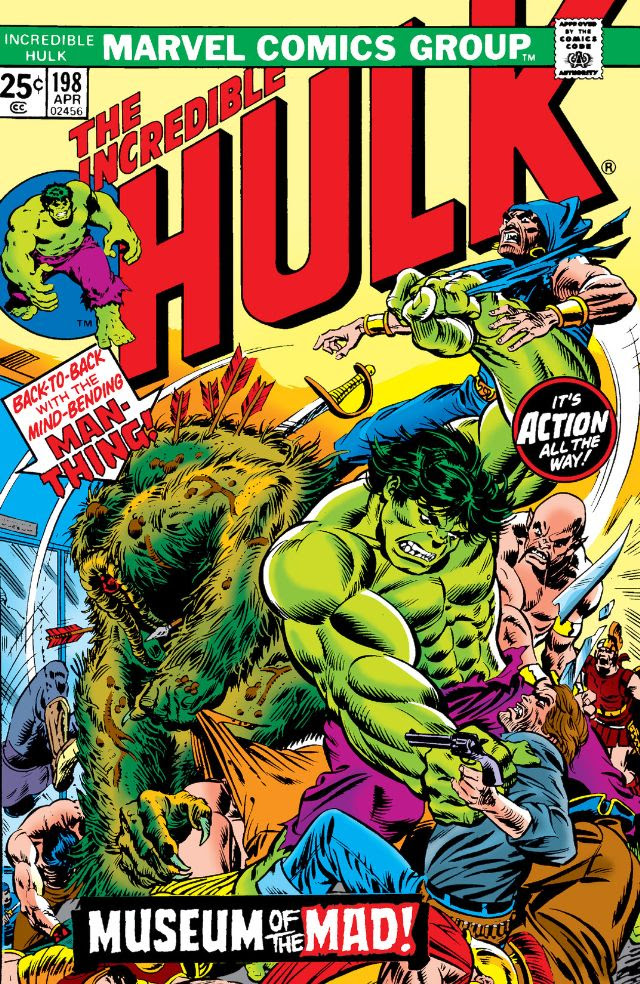 Swamp creatures, The Hulk, The Collector, a museum full of historical dudes.....what more could a true believer want...?

The insanity continues, as The Collector realizes that, while The Hulk may be too wild to collect, someone with Bruce Banner's intellect would make for a good traveling companion as he scours the galaxy snatching up people, places and things to add to his space museum. An eternity of kidnapping helpless beings and imprisoning them in a museum must get boring after a while.....

Meanwhile, Betty Talbot, who still loves Bruce Banner and is married  to Glenn Talbot, starts sneaking around with (And kissing!!!!) Doc Samson. What a pal that guy is....

The episodic nature of THE INCREDIBLE HULK would make missing/skipping an issue or two fairly easy to do. I mean, he's in a different place and situation almost every issue. The brilliance of writer Len Wein was that he made the supporting cast and their storyline too good to miss out on. Would I have missed seeing The Hulk battle The Collector if I had skipped these issues that weren't in any of my collected editions? Eh, I'd have lived....but I had to know how they were going to bring Glenn Talbot back, and how that man-whore Doc Samson would fare with the lovely and fickle Betty. Well done, Mr. Wein! The guy I bought these back issues from salutes you!!


Posted by The Crabby Reviewer at 2:03 PM