To Infinity...AND BEYOND!!!, Part Sixteen: The Infinity Crusade Crossovers, Vol. 2 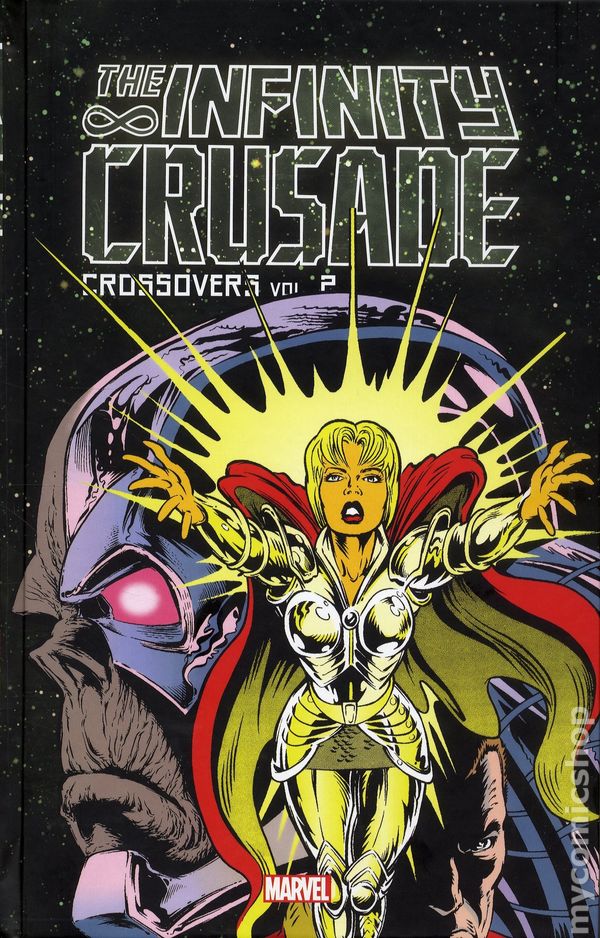 Another good reason to skip the '90's entirely.

Although this volume is markedly better than its predecessor, it is still far from good reading. I am rapidly running out of steam with the formula for these crossovers. Thank The Goddess that I'm done with her exploits.

Jesus, could Roy Thomas possibly shoe-horn in more overly wordy, pointless crossovers in DOCTOR STRANGE? Since Strange was in thrall to The Goddess for the whole event, Thomas just says "Fuck that mini-series!", and has Doc sashay back to Earth in his astral form and go on an adventure. "I'll get back to being brainwashed after I kill my Vampire brother!"

ALPHA FLIGHT lost the only good thing it had when Pat Broderick left the series.

HOLLLLEEEE FUCK, I must have read 12 or more issues of ALPHA FLIGHT in this box set, and I still have no clue who 90% of these fuckers are.

Simon Furman is the drizzling shits as a writer.

I really enjoyed the SILVER SABLE issues in the INFINITY WAR crossover. These...? Not so much.

How did Bruce Zick stay on so long as penciler of THOR when his figures are so stiff and unnatural?

Bait-and-switch! He only did the covers!! The hated Tom Grindberg did interiors!!! Why, God....why?

Ron Marz is an underrated writer.

DEATHLOK...wow. So bad. Soooo bad. Why does the villain talk like Yoda?

Alex Saviuk's WEB OF SPIDER-MAN looks amazing with Stephen Baskerville as his inker.

Overall, a better volume than the last, but still a tough read. I can see why I skipped THE INFINITY CRUSADE the first time around.

One volume to go before wrapping up the box set....

THE INFINITY CRUSADE CROSSOVERS, VOL. 2 earns a middling six out of ten Goddesses:
👧👧👧👧👧👧


Posted by The Crabby Reviewer at 2:08 PM