Here There Be Monsters, Part Four: The Invincible Iron Man #102 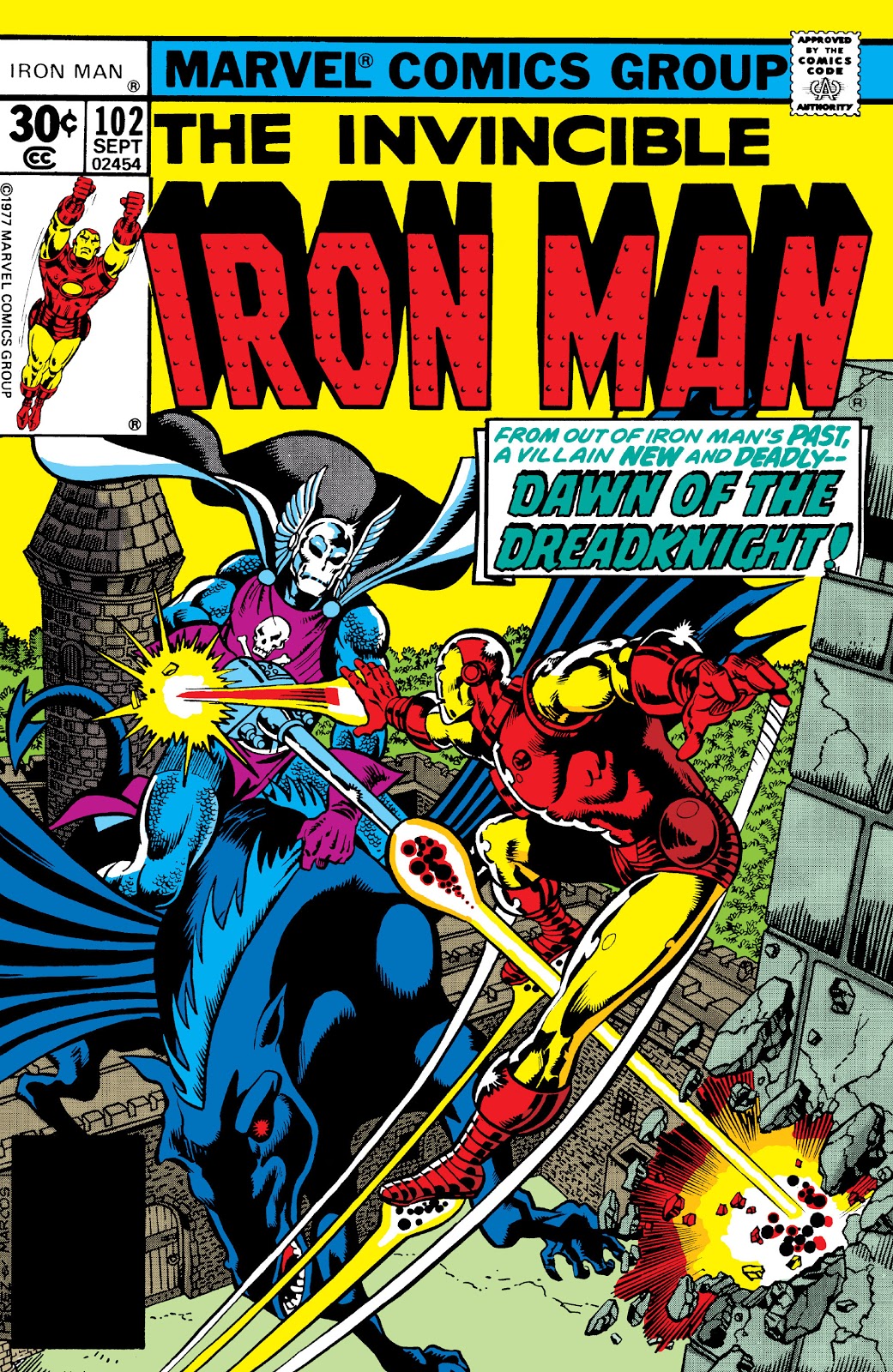 On the one hand......At least the storyline that was left dangling when THE FRANKENSTEIN MONSTER was cancelled with issue #18 was resolved somewhere.

On the other hand...why did it have to be here...? The team of writer Bill Mantlo and artist George Tuska was hardly a dream team, and their work here is sub-par, even by their already mediocre standards.


I had a handful of issues of  THE FRANKENSTEIN MONSTER when I was very young, and I have probably spent the better part of forty years wondering what happened after the cliffhanger in the final issue. The monster had been captured by the evil descendant of his creator, chained up by her dwarf minions....what did they want from him???

Well, it looks like they just wanted to be his friend and live in peace and harmony, silly!

That harmony is is disrupted by a bargain-basement Doctor Doom castoff/wannabe named The Dreadknight, whose real name is Bram fucking Velsing. Are you fucking kidding me??? Could this get any lazier and shitty? Well, The Dreadknight wants to enslave The Monster and Victoria Von Frankenstein, because......well, because. Iron man beats him up, and goes on his way. End of story.

Now, Mantlo COULD have spent these two issues really wrapping up the cancelled series....putting the supporting cast to bed and ending the threat of I.C.O.N., but...fuck those guys! Instead, we get a dopey threat, a pat ending, and an all-around terrible couple of issues. The best part is, Mantlo himself created Victoria Von Frankenstein, who was clearly evil, and then he totally shits on his own character and makes her into a helpless good-girl. Feh. I can understand why these issues weren't included in Marvel's THE MONSTER OF FRANKENSTEIN COLLECTION.(They should have been included, but.....you're not missing anything by not reading these issues.)

This is the drizzling shits, and earns a stunning zero out of ten winged hell-horses.

Posted by The Crabby Reviewer at 2:24 PM