I'm pleased to see that IDW's partnership with John Byrne is still going strong, and that they seem committed to letting Byrne do pretty much whatever he wants to do. He's certainly earned that right, having not only worked on most of Marvel & DC's greatest characters, but contributing legendary runs on many of them that are fondly remembered, and still being collected into bestsellers. This time out, Byrne delivers a post-WWII spy thriller, COLD WAR, VOLUME 1: THE DAMOCLES CONTRACT. 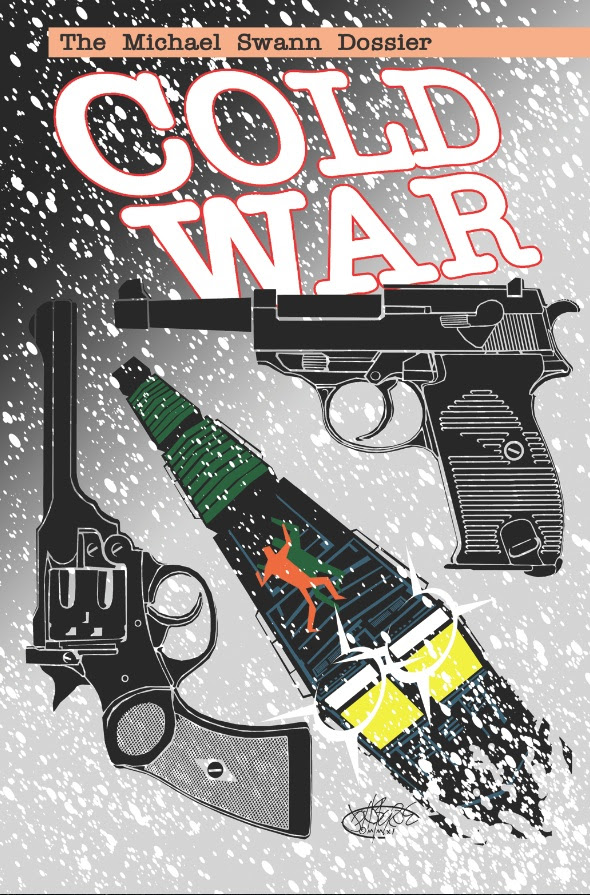 Does Byrne's creation, Michael Swann, stack up to James Bond? Not even close. This is a more grounded, espionage-based cold war thriller, and as such, dispenses with the more outrageous secret agent tropes that Bond made famous. Swann is the stereotypical loose cannon- Hated by his superiors, but needed because he actually gets results. Sent to stop a British Rocket Scientist from defecting to The Soviet Union, Swann beds beautiful Russian spies, kills Soviet agents with his bare hands, and engages in daring last-minute escapes. There's not much actual espionage on display here, and nary a plot twist in sight, but Byrne keeps things moving along nicely, and I had fun reading Swann's first adventure. I don't know if I'd run out and buy Volume 2 (Which is promised at the end of this volume, but, almost two years later, has yet to materialize...), but if the price was right, I'd probably bite. The price of this one was NOT right....it's a slim 120 pages for $19.99, and a lot of that is comprised of Byrne's pencil art from the first issue and a gallery of covers and variants. This would have been a lot more palatable at a $14.99 price point.


Posted by The Crabby Reviewer at 9:12 AM