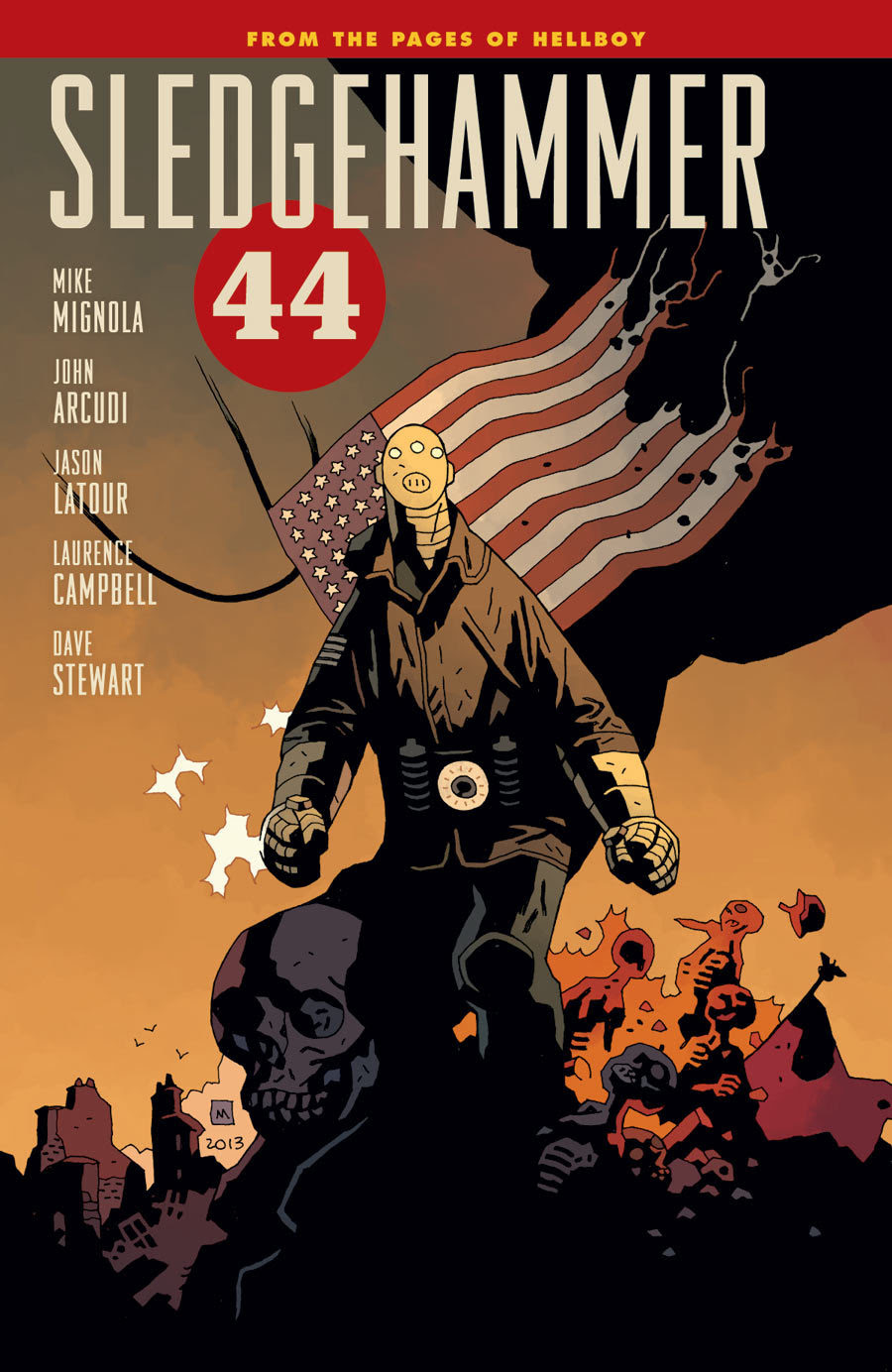 Remember that Vril energy suit that Lobster Johnson seized at the end of LOBSTER JOHNSON: THE IRON PROMETHEUS way back in 2008? Neither do I, but Mike Mignola and John Arcudi didn't forget!

The suit makes a comeback in a huge way in Dark Horse's new SLEDGEHAMMER 44, which collects the two-issue SLEDGEHAMMER 44 mini-series and the three-issue SLEDGEHAMMER 44: LIGHTNING WAR mini-series. The first part of the story gives us Sledgehammer's origin story (Kind of....there's not much background on what happened in the Lobster Johnson story, but the Vril suit ends up with a new inhabitant here...), while the second part pits Sledgehammer and company against a face that will be familiar to longtime B.P.R.D. readers, The Black Flame, who is at his creepy best here.

I'm not completely sold on Sledgehammer as a character...he's kind of blah and wishy-washy, but hopefully he'll grow into his role. It was nice to see Professor Bruttenholm, Hellboy's adopted father, again, and Mignola & Arcudi bring back another character from THE IRON PROMETHEUS that I have no recollection of, but what do you expect from me...? I'm 43 years old, and I read almost 300 books a year...my brain is full.

SLEDGEHAMMER 44 contains the usual sketchbook section in the back that we've all come to expect from these Mignolaverse collections, all of the original covers, and a short note by editor Scott Allie that almost made me jump out of my skin. He reveals that SLEDGEHAMMER was originally conceived as a vehicle for artist John Severin, who passed away before completing the the book. The sketchbook section shows, for the first time, the two pages that Severin completed before his untimely death. I'm a HUGE fan of John Severin's work, so those two gorgeous pages alone would have made this a must-buy for me.That the rest of the book was great was just icing on the cake.


Posted by The Crabby Reviewer at 8:56 AM