Marvel Studios 101: All Your Questions Answered 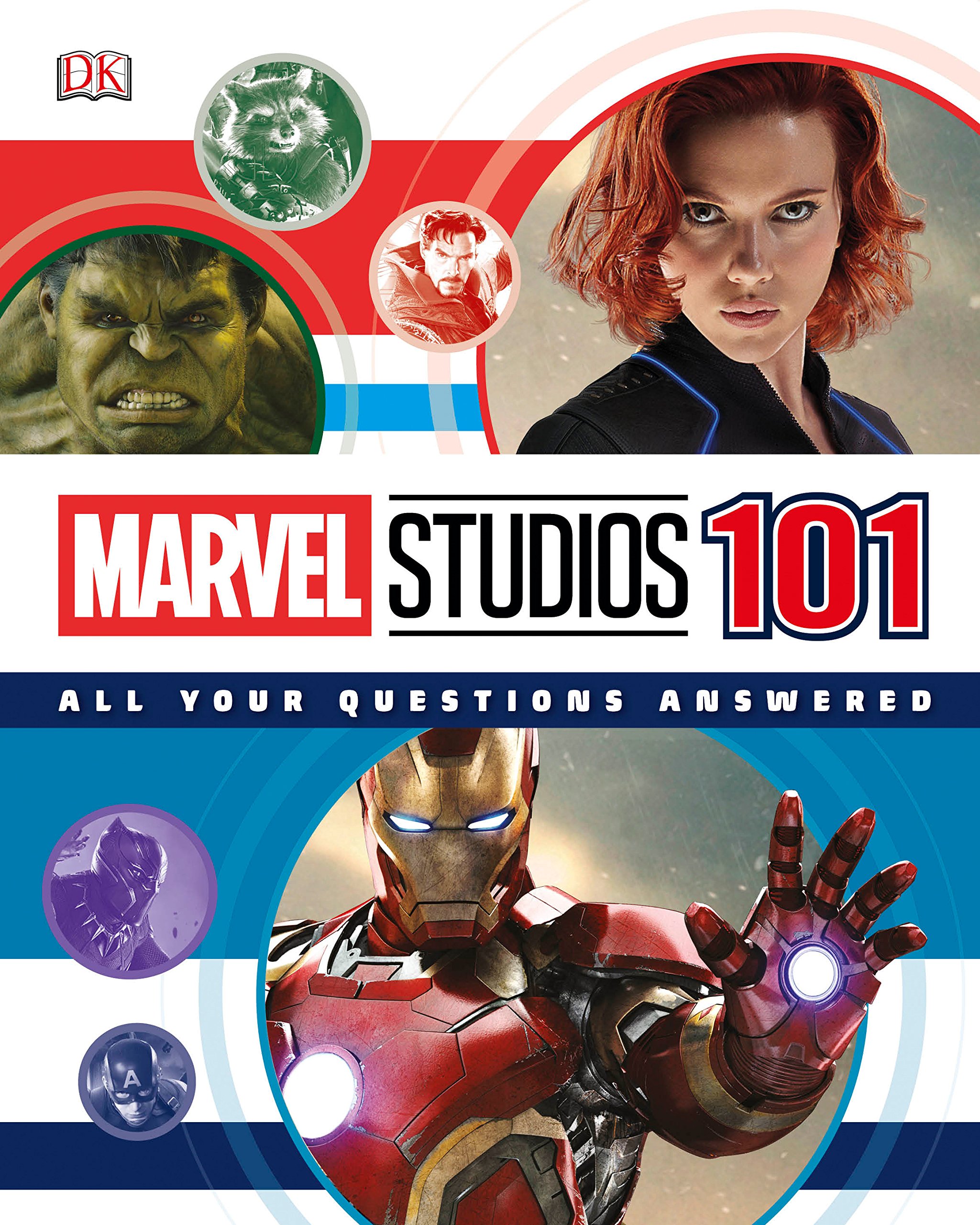 I grew up reading Marvel comics, and I never, in my wildest dreams, could have imagined that there would someday be big-budget blockbuster movies starring Iron Man, Captain America, Ant-Man, Thor, Groot, and Rocket Racoon....I had always hoped for a halfway decent Spider-Man movie, maybe The Hulk.....but to see the depth of the Marvel lineup that we've been lucky enough to see on the big-screen...? If someone had predicted this when I was a kid, I would have laughed.

I didn't think that MARVEL STUDIOS 101: ALL YOUR QUESTIONS ANSWERED would actually tell me anything that I didn't know, since I'm a Marvel movie fanatic, but DK publishes attractive books, so I was expecting pretty much what it turned out to be: A rundown of each film to date, complete with tons of bright, colorful pictures.

This slim hardcover gives summaries of not-quite-each film (More on that later....), answers any questions that viewers may have, and shows and names all of the major players in each film.

That said, this book suffers from the creeping rot of Disneyism. THE INCREDIBLE HULK and SPIDER-MAN: HOMECOMING are omitted entirely....it is as if they don't exist. Spider-Man is shown and written about in the section covering CAPTAIN AMERICA: CIVIL WAR, but his solo film is never addressed. Both HULK and SPIDER-MAN are a part of the Marvel Cinematic Universe, but they were not distributed or fully owned by Disney, so either Disney told DK and author Adam Bray to ignore those films, or Disney didn't want to spend the money to license stills from those films, or maybe they just don't want to put money in the pockets of Paramount and Sony by drawing attention to them. Either way, it is a glaring omission, and really hurts the credibility of the book. Another puzzler.....Bray pictures and writes about virtually every character in every film that had a speaking part, yet completely ignores Robert Redford's Alexander Pierce from CAPTAIN AMERICA: THE WINTER SOLDIER.......I'd love to know the story behind that major omission. The book was undoubtedly finished before BLACK PANTHER and AVENGERS: INFINITY WAR were released, which would explain why the synopsis for the former doesn't address the fact the Erik Killmonger had a legitimate, familial claim to the throne of Wakanda, and the latter doesn't get an entry at all, just a little tease at the end.

Overall, this is an attractive, fun book that is geared towards younger fans of the films. As an older Marvel Zombie, I enjoyed it, but was irked by what was left out and ignored.

MARVEL STUDIOS 101: ALL YOUR QUESTIONS ANSWERED earns a decent six out of ten Marvel film nerds:
🤓🤓🤓🤓🤓🤓

Posted by The Crabby Reviewer at 8:19 AM