To Infinity...AND BEYOND!!!, Part Eleven: The Infinity War Crossovers, Vol. 1 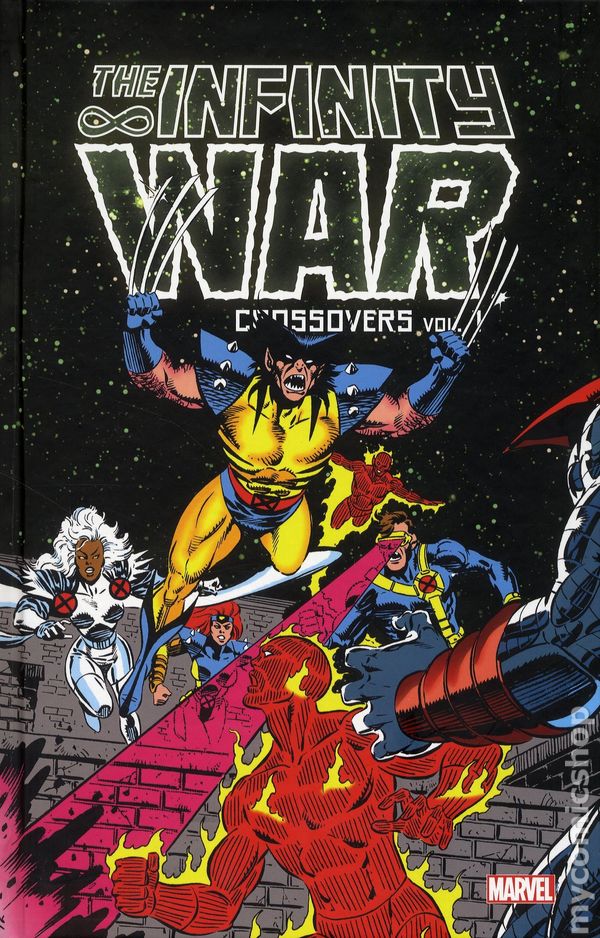 This was right around the time that a lack of money, a lack of transportation, and diminishing interest drove me away from comics for the second time.

THE INFINITY WAR was a decent enough read, but the crossovers were of the same quality, for the most part, as the infamous "Red Sky" crossovers that DC perpetrated during their CRISIS ON INFINITE EARTHS event. In a nutshell, the INFINITY WAR crossovers either featured the Marvel hero of whatever book was crossing over fighting their evil doppelganger, or the issue took place in between panels of the main mini-series.

I've always found Ron Marz to be an entertaining writer, and his SILVER SURFER issues are a treat to read, especially since they heavily feature Galactus, who is s favorite character of mine. The issues written by Jim Starlin (WARLOCK AND THE INFINITY WATCH and the Thanos serial) are great fun, especially the Thanos story, since it gives closure to a dangling plot thread from THE INFINITY GAUNTLET. I was surprised by how much I enjoyed the SILVER SABLE issue, and I was actually disappointed that the next issue wasn't included...maybe in the second volume. The QUASAR, NEW WARRIORS, and GUARDIANS OF THE GALAXY issues were all very entertaining. As good as some of these issues were, they didn't make any of the bad crossovers any easier to slog through....

...and some of these are VERY bad. I find Roy Thomas to be unreadable most of the time, but his DOCTOR STRANGE issues were especially unbearable. I've always felt that crossover events like this should be treated as an opportunity to attract new readers: The creative teams should realize that new eyes may be drawn to their product, and craft the story accordingly. The crossover should be accessible to new readers, give a good overview of what the title is about, and provide a brief history of the title character, giving you a complete "Story so far..." experience. The Glenn Herdling penned DAREDEVIL, Simon Furman's ALPHA FLIGHT, and Dwayne McDuffie's DEATHLOK were all head-scratchingly inbred. I had...NO...FUCKING...CLUE what was going on in any of these issues, and the art on two of them was an offense to the eye. The ALPHA FLIGHT issues had the decency to be drawn by the great Pat Broderick, so at least they had that going for them. Tom DeFalco's FANTASTIC FOUR issues were more mediocre than bad, but still....not fun to read. Terry Kavanaugh's issues of MARC SPECTOR: MOON KNIGHT also suffer from the "What the fuck is going on here...?" syndrome, but they're a whole other level of bad. How this man got a job writing anything is beyond me.

All in all, this was, for the most part, a chore to get through. The occasional very good to excellent issue peppered throughout the collection was enough to maintain my interest, though.....we'll see how the second volume fares.

Posted by The Crabby Reviewer at 5:12 PM