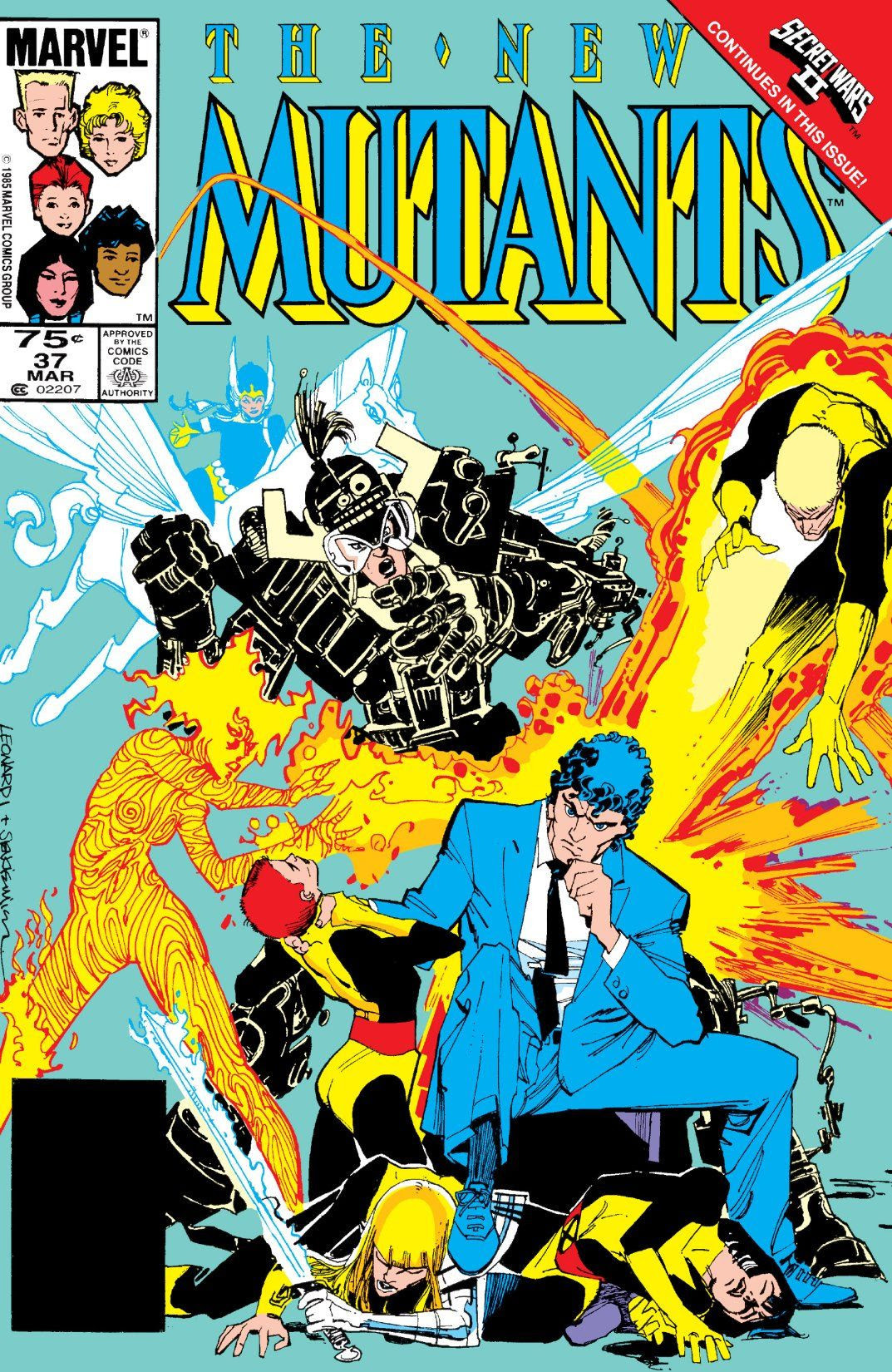 Crossover fatigue begins to set in, as The Beyonder, and his creator, overstay their welcome.

I've been pretty happy with how SECRET WARS II has held up to a three-decades-later reread, but with SECRET WARS II, VOLUME 3, the wheels are starting to fall off, and I can see why I had less-than-fond memories of this event.

This volume starts off with a crossover within a crossover, as Louise Simonson and her husband Walter bring us a Power Pack/Thor two-parter that finds the Beyonder-fueled Kurse seeking vengeance against Thor, and woe to anyone who stands in his way. POWER PACK was a cute little book, but it always skewed just a bit too young for me, and I never really connected with it. This issue is a nice little sampler, and writer Louise Simonson does a good job of getting unfamiliar readers up to speed fairly painlessly. The conclusion, in the pages of THOR, is pretty epic stuff, and is making me want to reread my Simonson THOR OMNIBUS.

Next up, The Beyonder goes out for some soul food with Luke Cage in POWER MAN & IRON FIST. Weird stuff, presented by the legendary duo of Jim Owsley (Later known as Christopher Priest) and Mark Bright. Their run on the book didn't thrill me as a kid, and it fell short again thirty years later.

We jump back into the main book with SECRET WARS II #7, as Mephisto gathers up every villain you can imagine in an attempt to kill The Beyonder. I'm generally a fan of Al Milgrom's pencils, but WOW, is the art in this issue bad. Hideous faces, disproportional bodies, wonky panel composition....I'm gonna chalk this one up to a really tight deadline and move along.

There are a couple of NEW MUTANTS issues, and one UNCANNY X-MEN issue, all of which highlight why I dropped these books around the time these issues came out. Writer Chris Claremont dishes up his trademarked mutant angst, lengthy internal monologues, and endless soul-searching, as the two teams run afoul of a suddenly, inexplicably, murderous Beyonder. (Seriously, I just sat and read this whole book, but I feel like I either missed something that explained this shift in behavior, or else I blocked it out because it wasn't an enjoyable read.)

There's an odd-duck crossover with NEW DEFENDERS, in the team's final issue, the less said about which, the better. From there, we get another crossover-within-a-crossover, this time with THE AMAZING SPIDER-MAN and PETER PARKER, THE SPECTACULAR SPIDER-MAN. I really liked the DeFalco/Frenz era on AMAZING, but the first part of this two-parter feels phoned in, and the conclusion in PPTSSM, written by Jim Owsley, is absolutely atrocious. The story revolves around Puma attempting to fulfill his destiny as the man who will protect his tribe, and by extension, Earth, from "The One From Beyond". If the goal was to bore him to death, the plan would have been a wild success.

SECRET WARS II #8 continues the berserk Beyonder plotline, and finds him randomly terrorizing The New Mutants, The X-Men, The Hulk, The Avengers, and The Molecule Man. By this point, you can almost feel everyone involved just run out of gas, and start treading water trying to get to the wrap-up. I'm more than ready to put SECRET WARS II to bed and move on to the next part of the set...one SWII volume left! Wish me luck....


Posted by The Crabby Reviewer at 1:53 PM