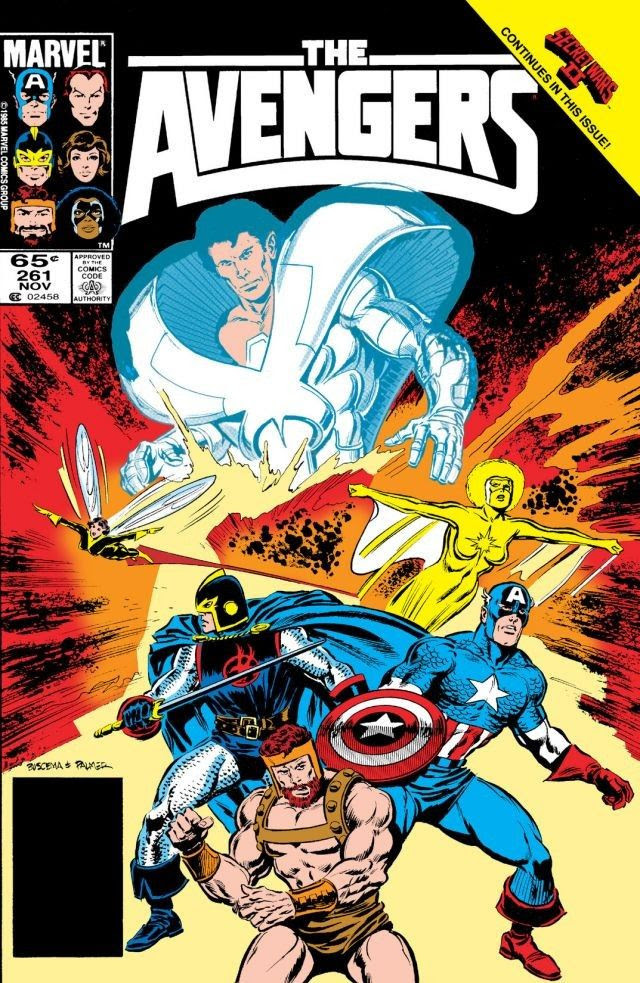 The Beyonder continues to explore the human condition in SECRET WARS II, VOLUME 2


DAREDEVIL #223 finds The Beyonder hiring the law firm of Nelson & Murdock to represent him in his bid to take legal ownership of Earth. Writer Denny O'Neil's tenure on the title was a strange one, mainly centering on a polyamorous caveman taking over New York's organized crime from The Kingpin. (Yes, this really happened.) This issue, where Daredevil has his vision restored by The Beyonder, is probably one of the most normal and accessible issues that O'Neil wrote, and it holds up fairly well. The three issues of SECRET WARS II that are collected here find The Beyonder experiencing love with Dazzler, learning about the sanctity of life from Boom-Boom, of all people, and attempting to eradicate death itself. We get a portion of the infamous INCREDIBLE HULK/ALPHA FLIGHT creator-swap crossover, with the Hulk issue, written by Bill Mantlo, giving us our first real glimpse into the psychological mess that is Dr. Bruce Banner's mind. Archie Goodwin pens a DAZZLER issue that is wholly forgettable, aside from its attempt to wrap up the Dazzler/Beyonder "Romance". (It also features art by future CONCRETE creator Paul Chadwick.)

Roger Stern, John Buscema, and Tom Palmer deliver a relatively quiet AVENGERS issue that wraps up their outer space adventure with Nebula and The Skrulls, then we return to Earth for a Thing/Beyonder wrestling match. (An honest-to-goodness wrestling match...The Thing was, at the time, the UCWF Heavyweight Champion.) Doctor Strange takes The Beyonder on a trip through the past, exploring what makes a man a hero, and Cloak and Dagger learn a harsh lesson about the cost of vigilantism. The real standout in this volume is FANTASTIC FOUR #285, a devastating story which features a young fan of The Human Torch setting himself on fire. There are no easy answers to be had here, and writer/artist John Byrne does a phenomenal job dealing with the emotional fallout of the young fan's death, and its crippling impact on Johnny Storm. (The issue is even more impressive considering the fact that Byrne, according to a recent article in BACK ISSUE!, had to retool a huge chunk of the issue against his will in order to shoehorn in The Beyonder. Knowing that now, you can kind of see the seams, but Byrne covered them up extremely well.)

I first read these issues over thirty years ago, and then, as now, the story feels like it's a little too bloated and self-important at times....The crossovers vary wildly in quality and amount of actual SECRET WARS II content, but the event holds up fairly well, and the various Editors involved kept continuity pretty tight, which is amazing. Not a great read, but a pretty good one. (I also appreciated the fact that, while the crossover issue of ROM, SPACEKNIGHT could not be included in the collection, Marvel didn't alter the image of Rom's face from SECRET WARS II #4. Whether intentional or an oversight, I was happy to see Rom, however briefly.)

Posted by The Crabby Reviewer at 2:03 PM