In true clickbait fashion, I answer....Stay tuned. All will be made clear in the days and weeks ahead.

I remember seeing this on the newsstands when it was first released, which would have made me five years old. I was already a seasoned comic-book collector, and I loved the staggeringly large Treasury format. But I also loathed the stiff, blocky art of Jack Kirby, so I probably decided to save asking for a buck fifty from my struggling mother until a more important book came down the pike.

Fast-forward forty-plus years, and I am now a fanatical fan/collector of the man known as "The King". I was thrilled to dig up a copy of this unusual book, which was clearly a labor of love for Jack Kirby.

MARVEL TREASURY SPECIAL- 2001: A SPACE ODYSSEY came out close to a decade after the film that it was based on, and one can almost picture Kirby sitting in a darkened theater watching the film, and thinking "YES...that's what I'm talking about!" The scope, the cosmic grandeur, the epic mysteries, infinite space.....if ever a movie would call out to Kirby, it would be this one.

An aside about the film: I saw it when I was very young, and found it terribly boring. I've revisited it once, maybe twice, since then, and while I can appreciate the big ideas better now, I still find the film, I find ALL of Stanley Kubrick's films, to be incredibly cold and inhuman. That said, I don't have very strong memories of the minutiae of the film, so I can't really speak to how faithful Kirby's adaptation is.

I'm glad that I didn't ask my mother for that buck fifty, because this would have been a hauntingly disappointing waste of money to me as a kid. It's all talk, all ideas....I would not have enjoyed it. As an adult...? I'm better equipped to weather the fairly slow story, and concentrate on Kirby's stunning art writ large in the massive Treasury format. He uses the splash pages and double-page spreads sparingly, but to great effect: 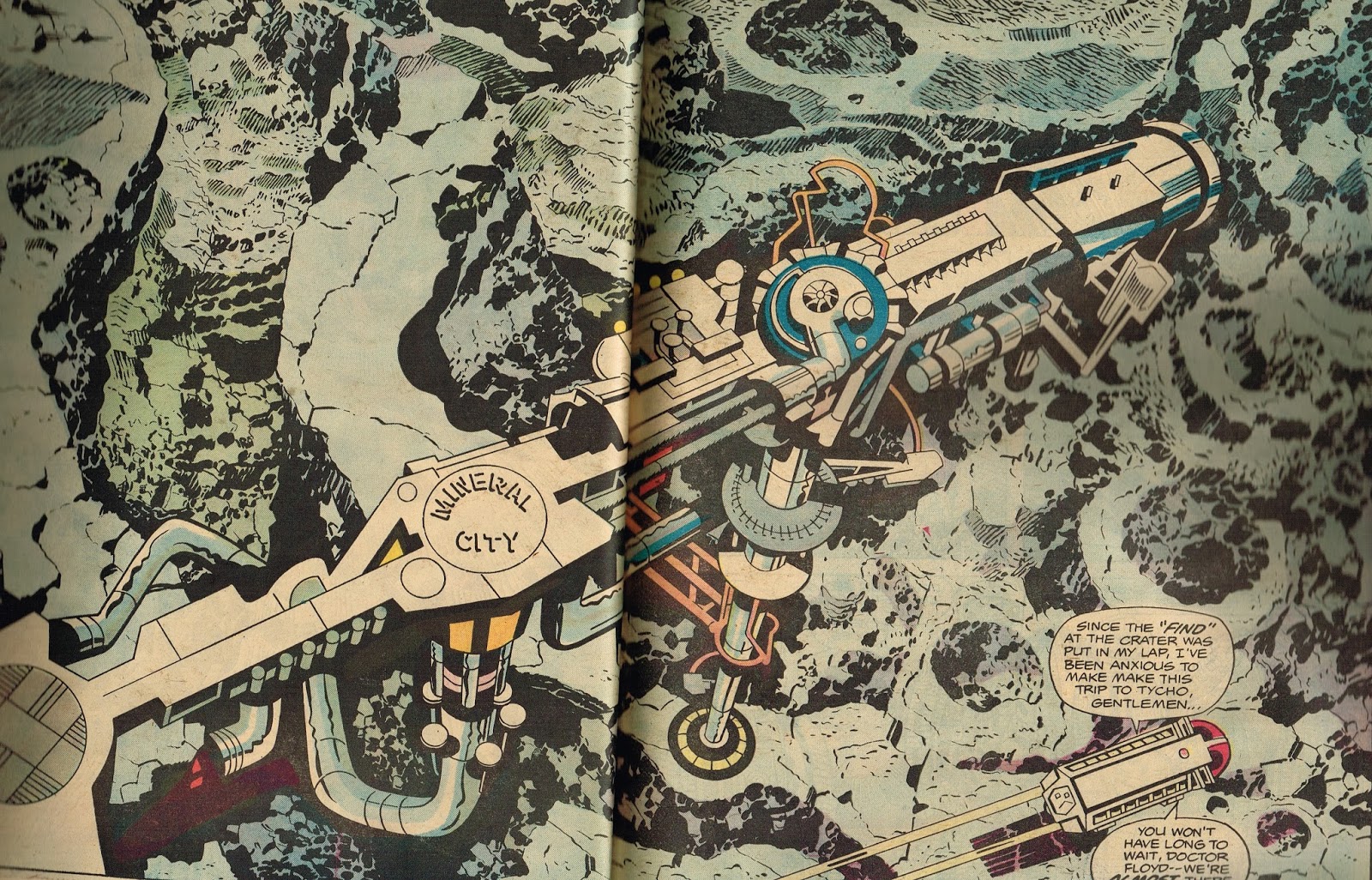 It's not too hard to picture Kirby smiling ear-to-ear as he worked on what was clearly a passion project. His writing, while a bit-old fashioned and flowery, was mainly enjoyable, aside from one very odd poem that had me shaking my head in embarrassment. But, Kirby was clearly in love with his subject matter, and on that level, it wasn't hard to enjoy this book, which is rounded out by a thoughtful piece about the movie written by David Anthony Kraft.