Monsters In The Movies: 100 Years of Cinematic Nightmares 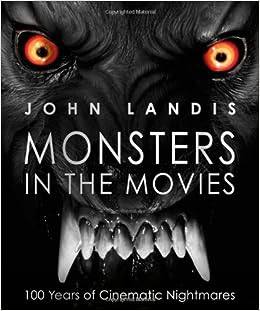 I'm a sucker for a monster movie. Good or bad, if they show a monster, I'm gonna check it out. So John Landis' MONSTERS IN THE MOVIES: 100 YEARS OF CINEMATIC NIGHTMARES was a no-brainer.

This is a massive (320 oversized pages) hardcover that is filled to the brim with pictures of monsters from all kinds of movies....Horror, drama, comedy, fantasy, animated, you name it, it's represented here. John Landis is a famous Director (AN AMERICAN WEREWOLF IN LONDON, THE BLUES BROTHERS), but he's also an honest-to-God Horror film fan, and it really shows here. Every picture is accompanied by a short paragraph where Landis often gives personal opinions or insight into the film. The pictures are divided into monster-centric sections (Werewolves, Vampires, etc.), and there are sections that feature Landis interviewing Horror movie legends, such as Ray Harryhausen, John Landis, Sam Raimi, Guillermo Del Toro, John Carpenter, Joe Dante, David Cronenberg, Christopher Lee, and Rick Baker.

Landis has a fun authorial voice, so reading this book is like having a conversation with a Horror-loving friend. (And make no mistake, while this is being sold as a picture book, there IS a lot of text, so it's a pretty substantial read.)

There are a few glaring errors here that really set my monster OCD off...I won't get into them all, but I will address a HUGE pet-peeve of mine: I cannot stand when pictures from THE EXORCIST II: THE HERETIC are attributed to THE EXORCIST. 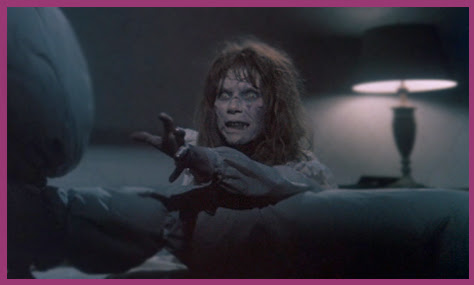 The picture above is clearly not Linda Blair. (It's my understanding that Blair did not want to be subjected to the possession make-up again, so another actress doubled those scenes.) The pics from that film look nothing like the pics of Blair from the first film, so that seems like the last error a knowledgeable Horror fan would make, but it happens again and again and again....and it drives me nuts. So basically, the greatest Horror film of all time is not represented by an image in this book.

Aside from a few small quibbles, I had a blast reading this book. I was sad when I closed the last page. There are a remarkable amount of rare, extraordinary images to be found here, and any Horror fan would be thrilled to add this to his collection.


Posted by The Crabby Reviewer at 1:33 PM