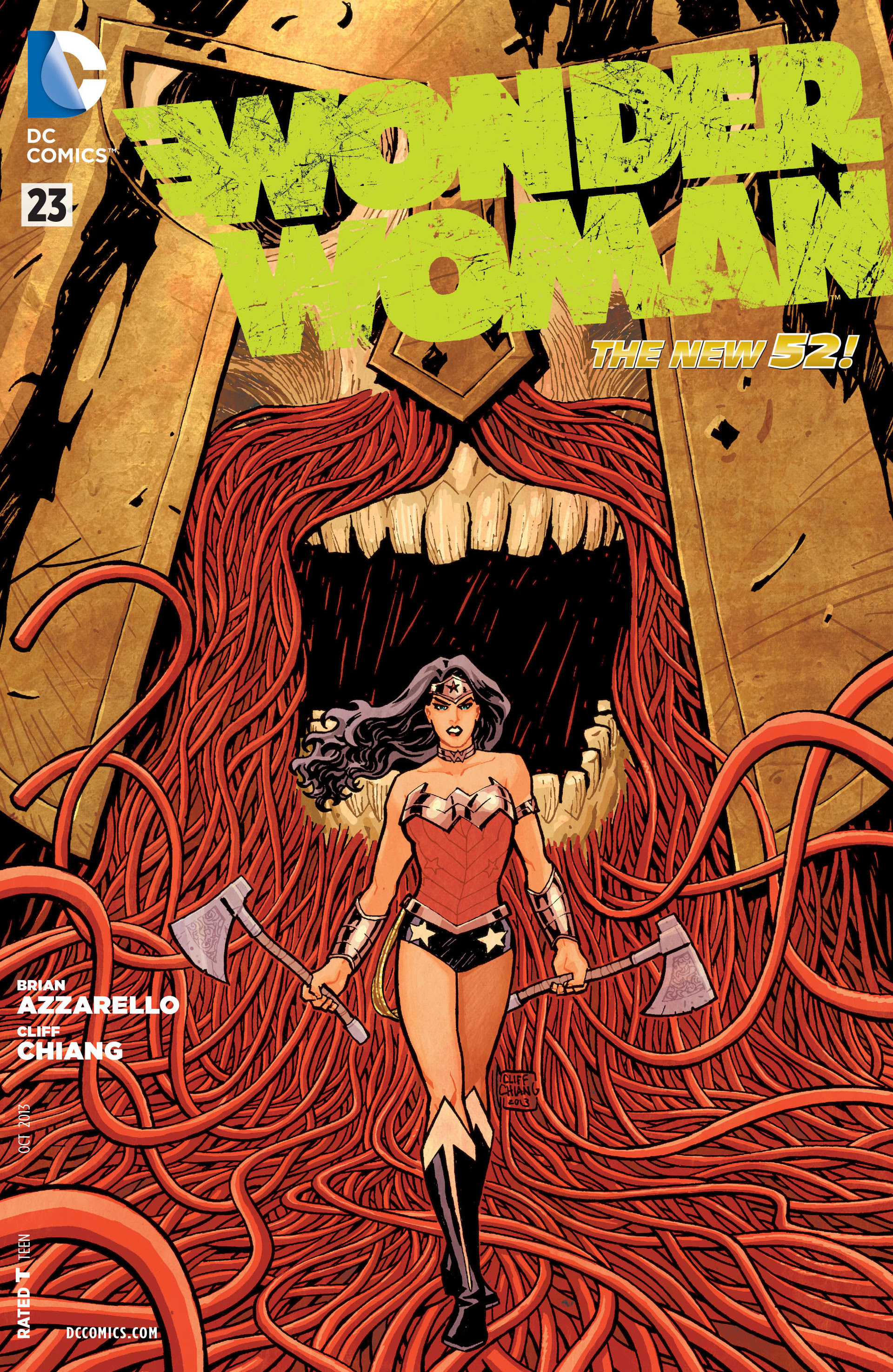 Brian Azzarello's WONDER WOMAN has been, hands-down, THE BEST of DC's "New 52". The latest collection, WONDER WOMAN, VOLUME 4: WAR is no exception.

Azzarello, along with artists Cliff Chiang, Goran Sudzuka, Tony Akins, and Dan Green, continues the story that began in WONDER WOMAN, VOLUME 1: BLOOD, a story which, I might add, is wonderfully, perfectly isolated from the rest of the DC Universe, so there's no awful Superman/Wonder Woman romance to contend with here.

Wonder Woman, one of the many offspring of the God Zeus, finds herself drawn into the family feud that ensues after Zeus vanishes...There's a mad scramble for the throne of Olympus, which is further complicated when a mortal woman gives birth to the prophecized last-born of Zeus, who is supposed to bring about the destruction of Olympus and all of the Gods. Never one to see a baby mercilessly slaughtered by his bitter siblings, Wonder Woman takes the role of baby Zeke's defender, assembling a motley crew that includes War, Hera, and Orion, of The New Gods.

WONDER WOMAN, VOLUME 4: WAR, which collects WONDER WOMAN #'s 19-23, finds WW's group finally confronting "The First Born", Zeus' near-omnipotent original offspring, who is going to claim the throne of Olympus even if it means killing everyone and everything he sees.

This collection is mostly action, but Azzarello manages to work quite a bit of characterization in there as well, and the character beats are beautifully accentuated by Chiang, Sudzuka, and Akins...the artistic style of this book has always leaned slightly towards the cartoony side, but it works wonderfully. Chiang's Wonder Woman is refreshingly free of the usual exaggerated physique female characters are drawn with in most comics, and he pulls off a capable, sexy, beautiful, confident female lead better than anyone in recent memory. THIS is the Wonder Woman I want to see on the big screen, DC!

This is a GREAT book, which makes me all the sadder when I consider that Azzarello is leaving the book, and will be replaced by awful artist David Finch and his wife. It's too bad that DC doesn't care enough about their best-written book to find an actual WRITER to take over the amazing amazon's continuing adventures. I'll be leaving when Azzarello does. I suppose I should be happy knowing that we had a good five or six volumes of EXCELLENT Wonder Woman stories before it all went to hell....

Posted by The Crabby Reviewer at 9:58 AM