Merciless: The Rise of Ming, by Scott Beatty and Ron Adrian 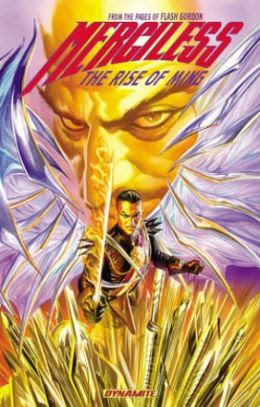 Beneath this unfortunate Alex Ross cover, which makes the floating head of "Old" Ming look like he has an Elephant Trunk Nose that is being stroked by "Young" Ming, lurks a fairly decent origin story.

I say "fairly decent" because Artist Ron Adrian isn't really up to snuff as a storyteller. His art is nice enough, but he's not very good at conveying the rudiments of sequential storytelling, and there were a lot of pages that made me feel like I had missed something, a page, or a panel, something.....He really needs to worry less about the big splash pages and get the basics of good storytelling down, and he could be one to watch.

Scott Beatty's story is a fairly straightforward "This guy was a lunatic since birth!!!" type of Super-Villain origin, but it's well-done enough that I didn't really mind. I know next to nothing about Flash Gordon (Who does not appear in this book, in case you were wondering...), aside from the campy 1980's movie, the cartoons from when I was a kid, and a paperback that reprinted some Al Williamson strips, so this was all new to me. Beatty's Ming is an unrepentant, power-hungry loon, and that's just the way I like him. It was great fun seeing Ming's rise to power...This guy has enough inventive kills to give Jason Voorhees a run for his money, and you have to love a guy that orders everyone on his Planet to shave their heads just because he has a receding hairline.

MERCILESS: THE RISE OF MING collects all four issues of the Dynamite mini-series, complete with covers, and an Alex Ross sketchbook. (One other thing: Ross' Ming looks exactly like Sinestro. It was really weird seeing a yellow Sinestro plastered all over a Flash Gordon book.)
Dynamite provided a review copy. 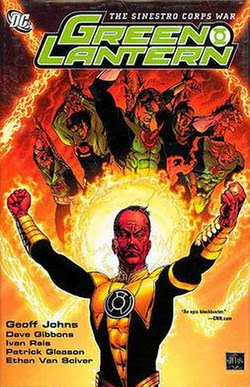 
Posted by The Crabby Reviewer at 2:00 PM