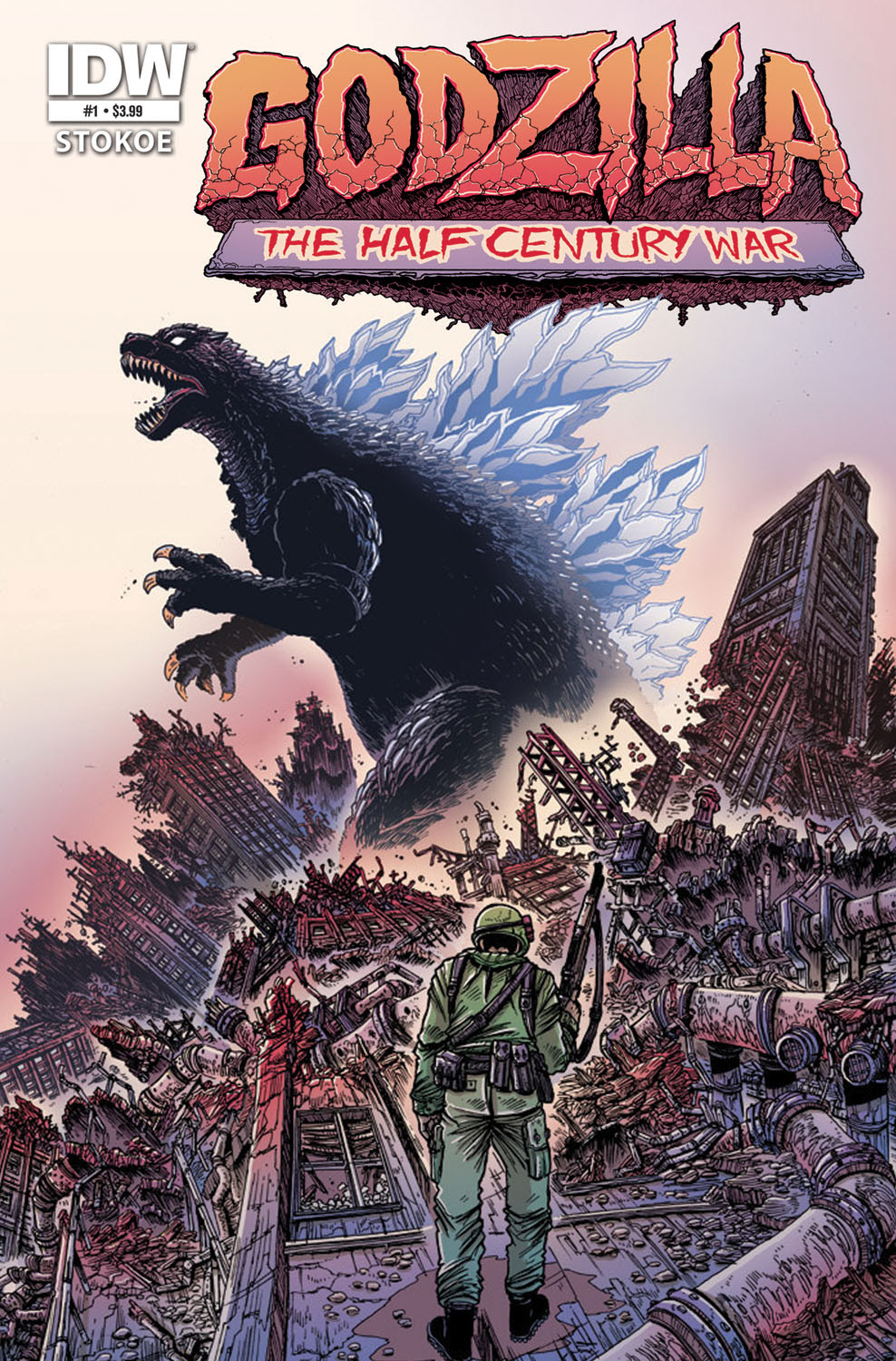 Man, now THIS is some Godzilla mayhem I can get behind!

IDW's GODZILLA: THE HALF-CENTURY WAR has a great premise: Ota Murakami, a young Japanese Soldier, is unfortunate enough to be on the front lines when Godzilla makes his first appearance in 1954 Tokyo. Murakami's heroic stand against the monstrous lizard gets him noticed, and he's asked to join a Monster task force, which enables the series to unfold over the next half-century with Murakami as the readers' eyes, as he is front-and-center for not only all of Godzilla's rampages, but also the arrival of other creatures of Godzilla's ilk, including a new breed of Monster lured to earth by a madman's demented invention.

A big tip of the hat to Writer/Artist James Stokoe. I've been watching Godzilla movies, and reading Godzilla comics, practically since birth, and I've never fully appreciated the sheer enormity of Godzilla, until now. Stokoe's art masterfully showcases The Big G's massive dimensions, and makes you really appreciate how terrifying it would be to be at ground-level while he rampaged around Tokyo. Stokoe's destruction is wonderfully detailed, and really delivers a realistic vibe. At least as realistic as a Godzilla story can be. His Writing is also above average. He understands that, while we all want to see giant Monsters fighting, without a Human viewpoint to anchor us into the story and give us someone to identify with, it'd become boring and repetitive almost immediately.

(IDW provided a review copy of issues 1-4, which were good enough to get me to buy issue 5 digitally.)

Posted by The Crabby Reviewer at 1:28 PM